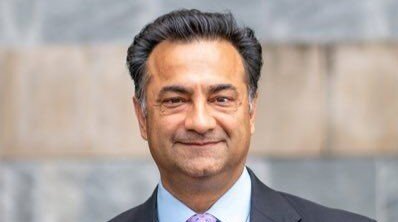 The founding president of the AAPI Victory Fund, Varun Nikore, will be leaving his post to transition full-time to the AAPI Victory Alliance to focus on its national- and state-based AAPI political advocacy campaigns and to build the first-ever AAPI think tank, according to a press release Nov. 22.

The Indian American leader helmed both organizations since the inception of the AAPI Victory Alliance in 2017.

Under Nikore’s tenure, the AAPI Victory Fund hosted the first-ever AAPI Democratic Presidential Forum, endorsed and fundraised millions of dollars for dozens of Democratic candidates, and led the greatest progressive AAPI electoral turnout in history in the 2020 elections, according to a press release.

“It has been the privilege and honor of my lifetime to help shape the AAPI Victory Fund. As the first national AAPI SuperPAC in the nation, we have shown the power of our community to weigh in on critical elections,” said Nikore.

“The strategic decision to focus my full-time efforts at the AAPI Victory Alliance comes at a time where the interests and priorities of AAPIs have been at an all-time high in national consciousness. Between the COVID-19 pandemic, anti-Asian hatred and voter suppression, there is a critical need for a national framework, electoral engagement and advocacy for our community. The AAPI Victory Alliance is best positioned to address these issues for the AAPI community.”

He added: “I thank the AAPI Victory Fund and the Board for everything we’ve accomplished the last six years. When we first started this organization, I never dreamed it would become the fundamental force changing and driver for AAPI politics that it is today. I know that the organization will be in good hands and I will never stop fighting for AAPI voices to be heard. I look forward to staying involved with the AAPI Victory Fund during this transition.”

The Board of the AAPI Victory Fund has set up a search committee for a new president and CEO, and has hired the search firm of Isaacson, Miller to assist them. Inquiries and nominations should be made via the web address: www.imsearch.com/8282.

The AAPI Victory Fund is focused on mobilizing Asian American and Pacific Islanders eligible voters and moving them to the ballot box, said the release.