HomeEntertainmentCinemaAjay Devgn Gets Bashed in Language Row With Kiccha Sudeep

Ajay Devgn Gets Bashed in Language Row With Kiccha Sudeep 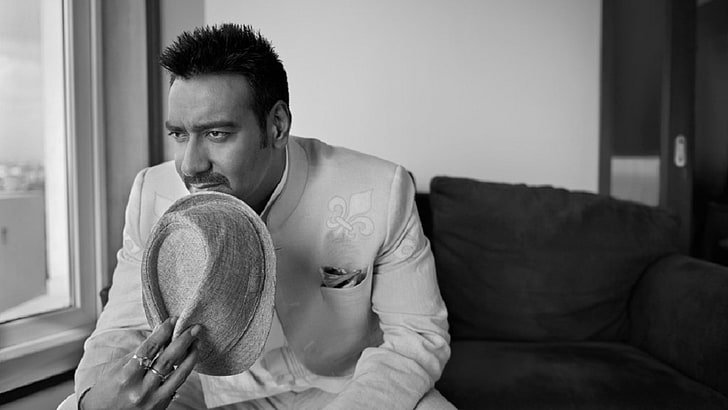 Ajay Devgn Gets Bashed in Language Row With Kiccha Sudeep

MUMBAI (IANS) – After a war-of-words kicked off between Bollywood actor Ajay Devgn and South cinema’s Kiccha Sudeep on Hindi being the national language of India, filmmaker Ram Gopal Varma said that the “north stars are insecure and jealous of the south stars”.

It all started when Sudeep said: “Someone said that a pan India film (‘KGF: 2’) was made in Kannada. I’d like to make a small correction. Hindi is no more a national language. They (Bollywood) are doing pan-India films today. They are struggling by dubbing in Telugu and Tamil, but it’s (the success) not happening. Today we are making films that are going everywhere.”

The two seemed to clear out their differences in opinion on Twitter as Sudeep shared: “And sir @ajaydevgn, I did understand the txt you sent in Hindi. Tats only coz we all have respected, loved and learnt Hindi. No offense sir, but was wondering what’d the situation be if my response was typed in Kannada.”

Moments later Ram Gopal Varma said: “Nothing can drive the point better than ur question on, what if you answer in Kannada to a Hindi tweet from @ajaydevgn .. Kudos to you and I hope everyone realises there’s no north and south and India is 1.”

Replying to Sudeep’s tweet to Ajay, the filmmaker added: “Whether u intended or not am glad u made this statement, because unless there’s a strong stir , there cannot be a calm especially at a time when there seems to be a war like situation between Bolly(north)wood and Sandal(South) wood.

“The base undeniable ground truth @KicchaSudeep sir ,is that the north stars are insecure and jealous of the south stars because a Kannada dubbing film #KGF2 had a 50 crore opening day and we all are going to see the coming opening days of Hindi films.”
Karnataka Chief Minister Basavaraj Bommai on Thursday stated that he agreed with Kiccha Sudeep’s statement. “Our stand regarding mother tongue is clear. The issue has been addressed at the times of formation of states on the basis of the language. Regional languages are supreme. All should accept it and respect it, Kiccha Sudeep has said the same,” he explained.
Former Chief Minister H.D. Kumaraswamy tweeted, “Hindi, though spoken by more people, is not the language of all Indians. From Kashmir to Kanyakumari, Hindi is second or third language in less than 9 states. In this background, how far are the statements of Ajay Devgn tenable? What does it mean when he says do not dub your movies?” Kumaraswamy questioned. “Ajay Devgn has spoken like a mouthpiece of BJP and its Hindi nationalism,” he said.
Actor and activist Chetan Ahimsa chided Ajay Devgn for his statements, saying, “Mr Pan Masala Ajay Devgn, it is better for you to be quiet rather than talking. Look at your arrogance and ignorance.”
In Bengaluru, Kannada organizations on April 28, staged a protest here against Devgn.