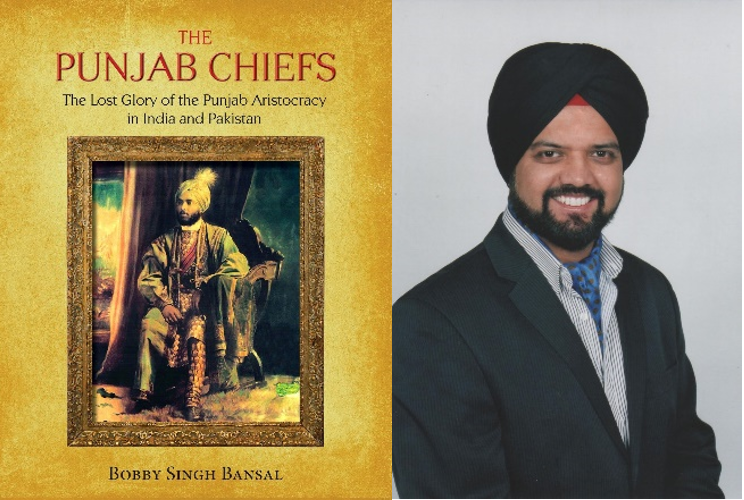 PASO ROBLES, CA – The much-awaited book of Bobby Singh Bansal, ‘The Punjab Chiefs – The Lost Glory of the Punjab Aristocracy in India and Pakistan’ was formally launched in the US on July 16, here.

The book provides an extensive insight into the lives of the aristocratic Muslim, Hindu, and Sikh courtiers who had served the opulent court of Maharaja Ranjit Singh in the early 19th century.

Post the partition of the Indian sub-continent in 1947, many elite families migrated to India abandoning their vast ancestral estates. This volume covers the regions of Himachal Pradesh, Haryana, Punjab, Uttrakhand, New Delhi, and Lahore, Pakistan, and bringing alive the families of Majithia, Attariwala, Nakai, Jaijee, Mokal, Bhadaur, Kalsia and even Rai Bahadur Narain Singh who had transformed Delhi in the 1930s.

‘The Punjab Chiefs’ with pictures that have not been previously published, the book is informative and inspirational for readers looking at it academically, and also a treasure trove for history enthusiasts.

At the launch, held at the home of Mokshinder and Renu Singh Vahali, here, Bansal shared his passion for the subject which he has painstakingly documented.

Mokshinder Singh’s ‘House of Vahali’ is meticulously detailed in the book. The Vahali name stems from the region of what is now Jhelum District of Pakistan. Vahali was not only once populated by Sikhs, Muslims, and Hindus, but its inhabitants were among the wealthiest. These people, known as The Sardars of Vahali, had once been declared the largest land-owning family in all of Punjab.

The evening concluded with guests munching on hors d’oeuvres and fine wines from Vahali Vineyards while Bansal autographed books.

The author is a British-born Sikh writer, historian, and documentary filmmaker who also travels widely lecturing on the history and influence of Sikh heritage.