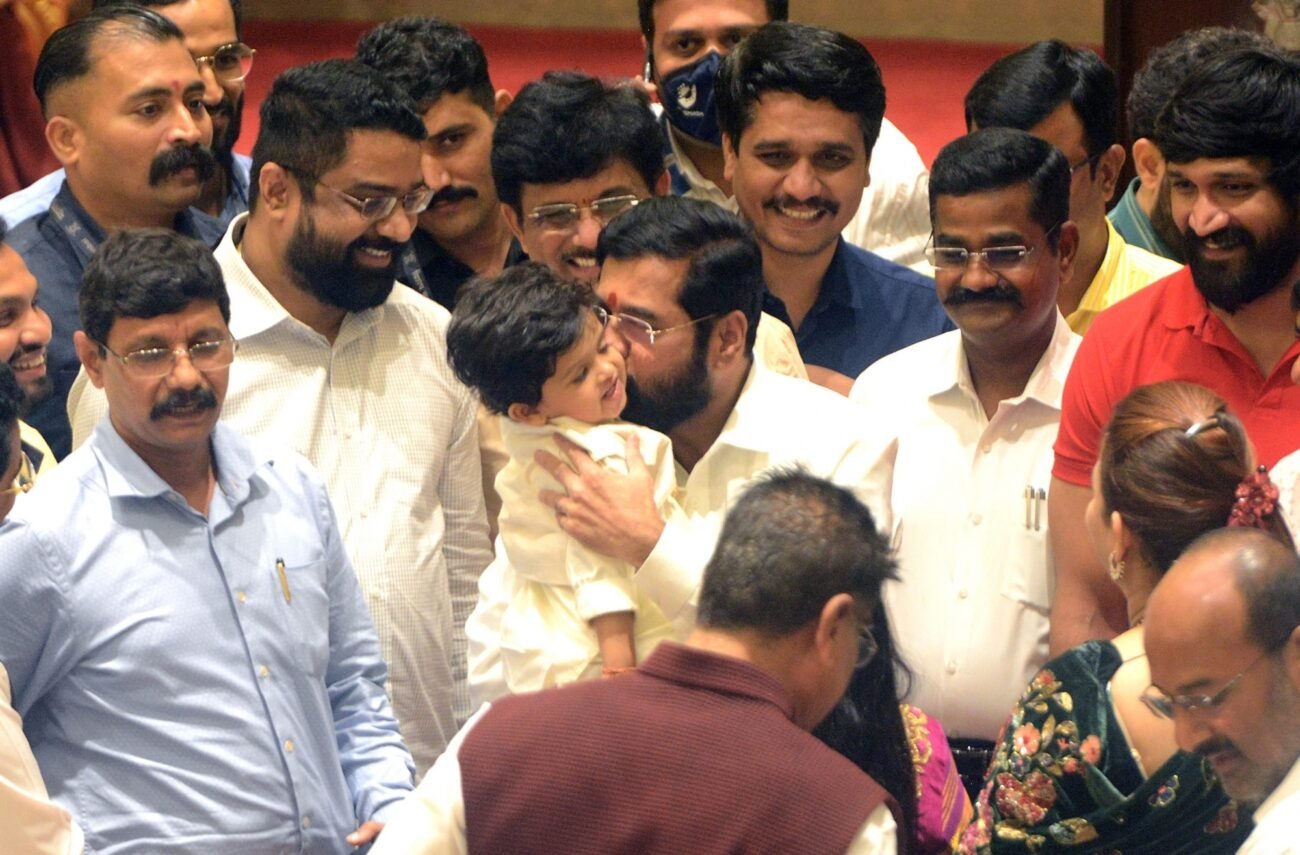 MUMBAI, (IANS) – Decades ago, when Eknath Sambhaji Shinde was driving an auto-rickshaw, he may have never dreamt that one day he would change the course of state politics and zoom straight to the top driving seat of Maharashtra as its 20th Chief minister.

After an unprecedented political upheaval masterminded by him late on June 20, in just 10 days he traversed the seemingly ‘long distance’ — as a nomadic rebel herding and guarding his flock of Shiv Sena MLAs from Gujarat to Assam to Goa — and landing straight into the CM’s post.

He has indeed traversed a lot in the past 37 years of his political career, starting under the tutelage of Thane Sena chief, the firebrand Anand Dighe, then winning the confidence of Shiv Sena supremo Balasaheb Thackeray, and later even as one of the trusted aides of ex-CM Uddhav Thackeray.

Known as a soft-spoken, mild-mannered Maratha leader, he shifted from his native Ahir village near Mahabaleshwar in Satara to the urban Thane town in his early-twenties, and later proved to be a quick thinker and on-the-spot decision-maker.

Shinde went through the early grind, struggled, and even drove auto rickshaws, tempos, or medium vehicles to support his family, and joined a local college and completed his B.A.

Launching his political career in 1986, he came in contact with his future mentor Dighe and decided to join the Shiv Sena full time, and the party rewarded him with a ticket to the Thane Municipal Corporation (TMC) where he served as a two-term corporator.

In June 2000, he suffered a major family tragedy when two of his minor children aged 11 and 7 drowned in a boat mishap in a lake near his native village.

Shaken by the catastrophe and left with his only son Shrikant, Shinde appeared adrift when Dighe decided to entrust him with greater responsibilities to divert his mind from the double loss.

The following year, in 2001, after Dighe passed away, Shinde became the torchbearer of his legacy and became close to the Sena chief and other senior leaders.

In 2014, after a change of government at the Centre, with the BJP riding high, the Shiv Sena decided against joining the minority government of CM Devendra Fadnavis, its old ally.

After the 2019 elections, he was widely tipped to be the next CM, but after a bitter row with the BJP, the Shiv Sena joined hands with Nationalist Congress Party-Congress to form the Maha Vikas Aghadi (MVA) government.

NCP President Sharad Pawar had other plans. He insisted on Uddhav Thackeray taking the reins as the CM though Shinde was the de facto No. 2 and Shiv Sena Legislature Party Leader.

On June 20, after the MVA suffered reverses in the biennial Rajya Sabha and

Shinde, 58, was instrumental in transforming Thane from a decrepit industrial outpost into a modern city rivaling Mumbai, and he lives there with his wife Lata, son and MP Shrikant, an orthopedic surgeon, and other family members.