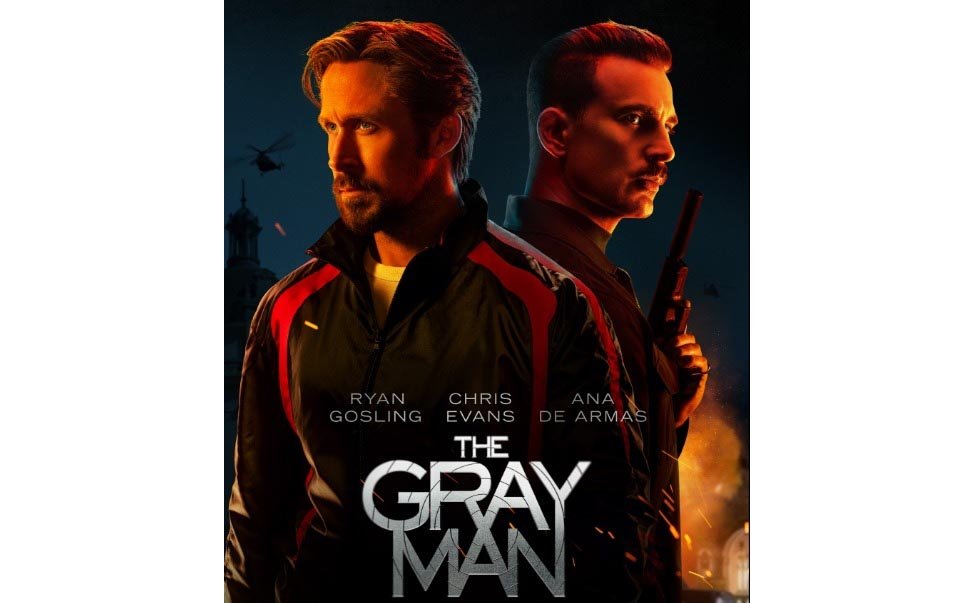 NEW DELHI, (IANS) – Media watchers are calling it a critic-audience disconnect. ‘The Gray Man’ was sitting on a score of 50 percent on Rotten Tomatoes when it was released for limited theatrical viewing in the West on July 15, panned universally by critics on both sides of the Atlantic, but 90 percent of Google users have said they liked the action thriller, and their average rating is an impressive 4.2/5.

And after the $200-million Ryan Gosling-Chris Evans-Dhanush-starrer dropped on Netflix on Friday, July 22, it has, according to the streamer, which has been in the news of late for the wrong reasons, reached No. 1 in 91 countries. True, ‘The Gray Man’ may not garner the viewership numbers of ‘Stranger Things’ or ‘Bridgerton’, but it’s going to be watched and talked about.

Audiences seem to love the slick action sequences, taut editing and the impressive cast of characters — from Gosling’s Sierra Six being on the run from a maniacal killer, played chillingly by Chris Evans, let loose by the CIA, to Ana De Armas’ CIA agent who changes colors, to Rege-Jean Page, who had women swooning in ‘Bridgerton’ (another Netflix success story), essaying an unhinged CIA black ops boss with a ‘sovereign complex’, to Dhanush (the “sexy Tamil friend” of the Evans character) being impressively convincing as a conflicted assassin.

Pointing to the critic-audience disconnect, ‘Forbes’ magazine noted that it has happened in the not-so-distant past as well.

‘Red Notice’, “another huge film with a trio of A-listers, The Rock, Ryan Reynolds and Gal Gadot”, received dismal reviews from critics, but retained a 92 per cent audience score. “It became Netflix’s most-viewed original movie by a good margin, and is getting at least one sequel as a result,” ‘Forbes’ magazine reported.

For Netflix, though, audience response is what really counts because that is what gives it its formidable viewership numbers. As the ‘Forbes’ writer put it, “There’s too much talent on board for browsing audiences to flick past it, and if it’s entertaining enough for fans, well, it doesn’t really matter what critics think.”