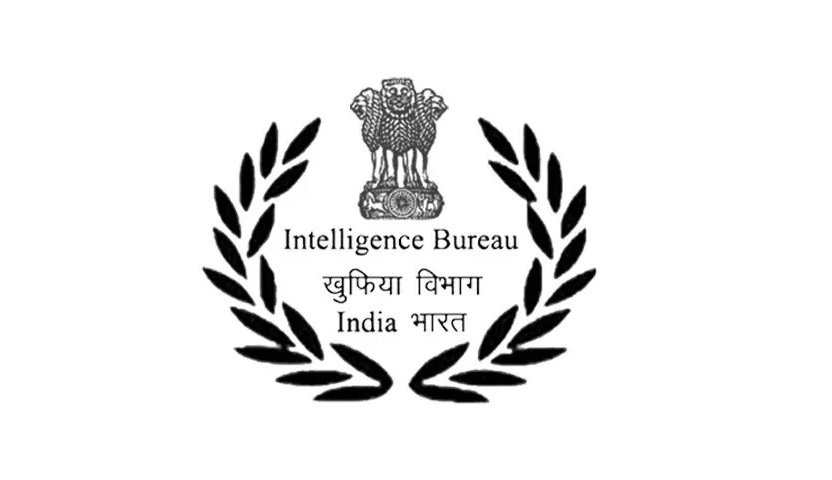 The end of the Cold War marked the beginning of an era of covert offensives, externally instigated insurgencies, and proxy wars. Interestingly, even a military intrusion like the one ordered by President Putin in Ukraine two months ago, was couched in the description of an ‘army operation compelled by Russia’s security concerns’ — the fact of world opinion going totally against a one sided ‘open war’ was perhaps being acknowledged here.

It is true that the Russia-Ukraine military conflict is now a prolonged ‘war of resistance’ put up by Ukrainians against the Russian army on their soil — largely with the help of arms and ammunition supplied to them by the US-led West.

This created an uncertainty as to when will the UN and other mediators be able to get Ukraine and Russia to accept terms for a negotiated peace conceding a minimal ‘give and take’. Now in an ongoing conflict that entailed secretive planning, surreptitious moves and behind-the-scenes ‘war gaming’, the ‘inside information’ — called intelligence — on the adversary’s maneuvers was needed by both sides.

Intelligence, however, was the basic requirement for a country handling the challenge of countering a covert attack of terrorists, neutralizing the forces behind cross-border offensives, unearthing drug trade linked to narco-terror, detecting clandestine use of social media for spreading radicalization and dealing with enemies planning a combat in the cyber space.

It needs to be re-emphasized that Defense is protection against an ‘open armed attack’ while Security by definition, is the safeguarding of the nation against ‘covert’ attacks of the ‘unseen’ adversary. Today all countries have realized the importance of strengthening the national security set up for which Intelligence agencies provided the substratum.

For a democratic regime like India’s, it is important that it was able to fully discharge its first duty of safeguarding national security against external and internal threats. For ensuring a timely flow of reliable, untainted and relevant information about the secret plans of the invisible enemy — which precisely was the definition of intelligence — it had created special agencies with substantive investment, to be managed on professionally sound concepts of deploying the best available manpower, relying on intense specialized training and keeping the national interest above everything else.

The basic three principles on which intelligence agencies have worked and performed with such excellence are their belief that they served the sovereign in the best national interest, their total freedom from bureaucratization, favoritism and credit-sharing flaws and the willingness of their officers to embrace anonymity by choice.

Significantly, India’s premier intelligence agency, the Intelligence Bureau, traced its existence since 1888, perhaps to prove the point of continuity of Intelligence as a built-in part of the sovereign functioning of the state — there is little doubt in any case, that in independent India, IB has over the decades established a reputation for providing fail-safe intelligence to the powers that be and maintaining the highest standards of professionalism.

Late B.N. Mallick, the longest serving Director of IB after 1947, started the practice of selecting the IPS officers from amongst those on top in the annual merit list, for induction into IB on ‘permanent’ deputation — within 4-5 years of service.

It is the collectivity of these officers who were specially trained — and who later provided the bulk of leadership of the Bureau — that made IB an apolitical and professionally formidable agency. The officers took pride in directly working for the nation by serving anywhere in the country and felt happy in an organization that might look opaque from outside but was largely transparent in its internal management.

Also, an intelligence organization inculcated responsible decision-making down the line as that was necessary for the success of its operations. It blended perfectly the ‘micro’ with the ‘macro’ since there was awareness of how even a small step on the ground had to fit in with the larger mission at hand.

To an extent the government did compensate these young officers through special pay, priority in allotment of government accommodation and help in the acquisition of personal transport. Being in IB always brought to an officer a certain dignity within the government and an added social recognition. The structure and leadership of the agency had a functional continuity that enabled the political executive at the top to have at any point of time, unvarnished facts about what were the external threats to security and what was happening on the domestic front that was relevant to internal security- Intelligence agencies precisely furnished these, in confidence.

The Intelligence Bureau employed more IPS officers than perhaps many cadre states did and was logically managed by Ministry of Home Affairs along with other police organizations of the Centre. However, this could sometimes blur the perception of the fundamental distinction that had to exist between an intelligence organization on one hand and the police and investigation agencies on the other — in terms of their responsibilities and method of working.

In the Indian context, intelligence agencies provided ‘information’ and kept away from ‘executive action’ –the latter was the response part in which police was often at the front for pursuing a legal follow up. The intelligence agencies did not have any police power and never sought that — they only used special trade craft techniques like surveillance, interview under ‘cover’ and confidential enquiries to gather information that might be of help for those who would handle investigation.

It may be pointed out here that intelligence was ‘information’ — not necessarily ‘evidence’ — and had to be sometimes further developed by the police or investigation agency for utilizing it in legal sense.

The security scenario of India has become increasingly difficult placing a heavy burden on our intelligence agencies of performing at their best against all odds. It goes to the credit of Prime Minister Narendra Modi’s government that in his time the professionalism of India’s national security set-up has been fully respected and relied upon.

Intelligence agencies must be helped by the sovereign state in discharging their duty of safeguarding security of the nation. In today’s geopolitical complexity and the worrying new dimensions of threat to internal security, this has become even more important.

India is being served well in terms of the advice on security strategy provided on the strength of reliable intelligence inputs. Prime Minister Modi has on his part taken keen interest in national security and boosted the morale of our intelligence set-up by personally associating with its deliberations at crucial events like the annual DGPs’ conference.

A task force on intelligence reviewed the functioning of our intelligence agencies some 20 years ago as a follow-up on the report of Kargil Review Committee that was headed by late K. Subrahmanyan. Since then, India’s security environ has changed with a Cold War-like bipolarity developing between the US and its European allies on one hand and the remnant of the old Communist world now led by an ambitious China under Xi Jinping striving to become the second superpower, on the other.

India’s foreign policy in the Modi regime resting on mutually beneficial bilateral relations that were not in conflict with world peace, has served the nation well during the current Russia-Ukraine military conflict. It has enhanced the geopolitical importance of India as a major power of the Indian subcontinent with stakes in both Indo-Pacific and the maritime routes to the west of the Arabian Sea.

Meanwhile, some new dimensions of threat to India’s security have become centre stage in recent months. The communal divide in the country has moved once again towards violent confrontation on the issue of religious processions.

The unabated ‘minority politics’ practiced by the Ulema and the communal elite here, has received a boost from Pakistan’s advocacy of ‘protection of Muslim minority’ as a part of that country’s India policy. There is a likelihood of Pak ISI stepping up its recruitment of agents to provoke communal violence. The new regime in Pakistan has also lost no time in raising ‘Kashmir dispute’ as the core issue for Indo-Pak peace.

Shehbaz Sharif, Prime Minister Imran Khan’s successor, has talked of ‘valley turning red with Kashmiri’s blood’. The new Pak regime having tried to come on the US side of the fence in the current geopolitics, will feel emboldened about causing aggravation in Kashmir through ‘lone wolves’ enlisted for terror activity. Also, Shehbaz Sharif has hailed the economic benefits accruing to Pakistan from Sino-Pak strategic alliance — it can be presumed that he will turn this axis against India even more.

These two hostile neighbors may intensify attempts to create destabilization in India — in Kashmir, Punjab and Northeast in particular — in collusion with lobbies on human rights and minority issues.

After the return of the Taliban Emirate in Kabul with the total support of Pakistan, it was apprehended that the threat of narco trade directed from Afghanistan with its direct links to terrorism would get aggravated. This has been confirmed by the huge recovery of heroin and cash from Shaheen Bagh area of Delhi earlier this week, showing involvement of suspects from Afghanistan, Pakistan and India.

This may be the appropriate time for working out ways and means of strengthening the intelligence set-up of the country and helping it with reorientation and resource building including induction of trained manpower. Our Intelligence agencies have done a very good job — they must now work for achieving a fuller functional integration with State and District Intelligence units by adopting a system of designated ‘nodal officers’ at these levels who would be responsible for organizing an effective response to threats — that were planned from above but basically executed in lanes and localities. On the other hand, a new level of requirement of inter- agency coordination, technology collaboration, integrated data analytics, scan of social media and communications security, has arisen for the intelligence set up to cope up with.

All of this could be taken care of in a fresh review that would embrace the National Police Mission announced by the Prime Minister recently. ‘Security is not a one-time event’ is a good reminder in the present scenario.