HomeIndiaIf Media Can Keep Quiet Virat Will be Fine: Rohit

If Media Can Keep Quiet Virat Will be Fine: Rohit 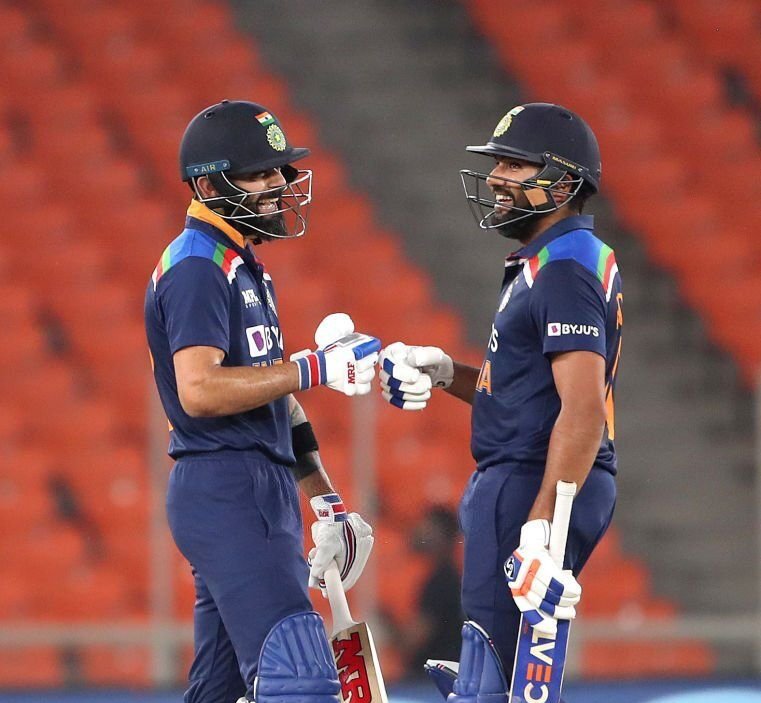 If Media Can Keep Quiet Virat Will be Fine: Rohit

India skipper Rohit Sharma has backed the former captain Virat Kohli and says he will rediscover his mojo. (IANS photo)
KOLKATA (IANS) – India captain Rohit Sharma on Feb.15 brushed aside concerns over Virat Kohli’s form, saying the star batter is in “great mental space” and with his decade-long international team experience he knows how to handle the pressure situations.

The 33-year old Kohli, who left India’s T20I captaincy after the T20 World Cup last year, will play the shortest format of the game under captain Rohit Sharma for the first time when India take on West Indies in a three-match series from Feb.16 at the Eden Gardens in Kolkata.

Ahead of the start of the match, much of the discourse around the Indian team has revolved around the form of Kohli. It has been over two years since he has hit a century in international cricket with his last three-figure score coming at the same venue against Bangladesh in 2019.

Virat’s lean patch continued in the ODI series against the West Indies as well as he had scores of 8, 18 and 0 in three matches and looked far from his sublime self. But skipper Rohit has backed Kohli to rediscover his mojo, claiming all the chatter in the media is not helping his cause.

“If you guys (media) can keep quiet for a while, I think he’ll be alright. We don’t need to do too much talking from your side, then everything will be taken care of. He is in a great mental space from whatever I see of him,” Rohit said in his pre-match press conference.

“He has been part of this international team for more than a decade. If someone has spent that much time in international cricket, they know how to handle the pressure situations, the environment, everything. It all starts from you guys. If you guys can keep it quiet for a bit, then everything will fall into place,” he added.

Notably, Indian head coach Rahul Dravid had earlier also backed Kohli during the team’s tour of South Africa, saying that every cricketer, especially those who play for a long period, goes through such lean phases.

“Even though he batted well and couldn’t convert those starts, I really feel there’s going to be a big run of really good scores coming in from someone like him,” Dravid had said in a pre-match media interaction ahead of the second Test in Johannesburg.

“Might not happen in the next game,” he added quickly. “(Though) I would really hope it happens in the next game. I do feel with someone like him, we are going to see a really big run of scores once that clicks in place,” he added.