HomeIndiaIndia and the worldImran Khan: I Knew Of Assassination Plot Being Planned Against Me

Imran Khan: I Knew Of Assassination Plot Being Planned Against Me 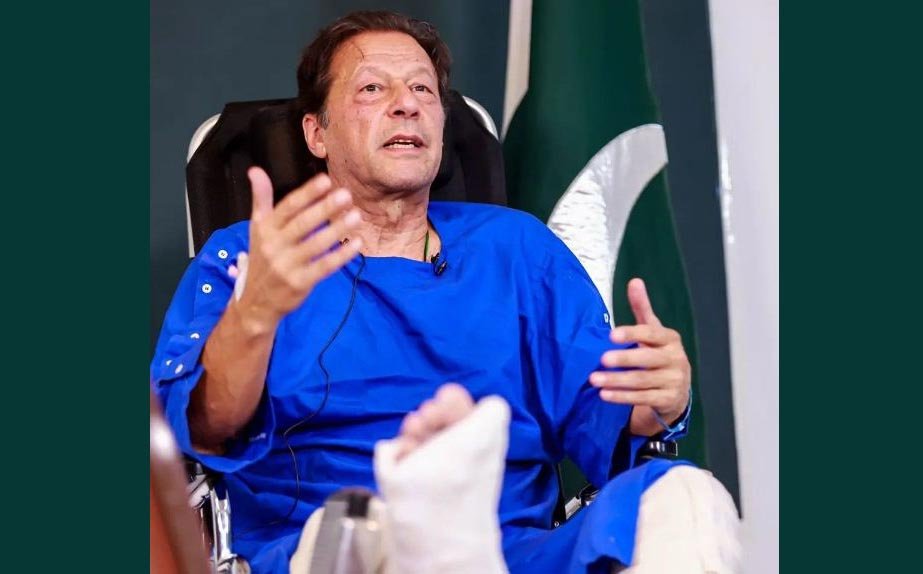 Imran Khan: I Knew Of Assassination Plot Being Planned Against Me

ISLAMABAD, (ANI) – A Day after he was shot at in Pakistan’s Punjab province, the country’s former Prime Minister Imran Khan, on November 4, broke silence on the attack and said he was “hit by four bullets.”

In the first address to the nation, since his assassination attempt on November 3, the Pakistan Tehreek-e-Insaf (PTI) chief dismissed reports that he was hit by friendly fire. “A day before going to the rally, I knew that assassination was being planned against me either in Wazirabad or Gujrat,” Khan said, as he explained the sequence of events during a televised address while still being admitted at a hospital in Lahore.

He repeated the foreign conspiracy claims against the US over his government’s independent foreign policy.The 70-year-old cricketer-turned-politician was ousted from power in April this year, by a vote of confidence.

Imran Khan’s condition is stable, and he is out of danger.Earlier, the police said that seven people were injured and a person was killed during the firing incident.

Meanwhile supporters took to the streets in different parts of the country.