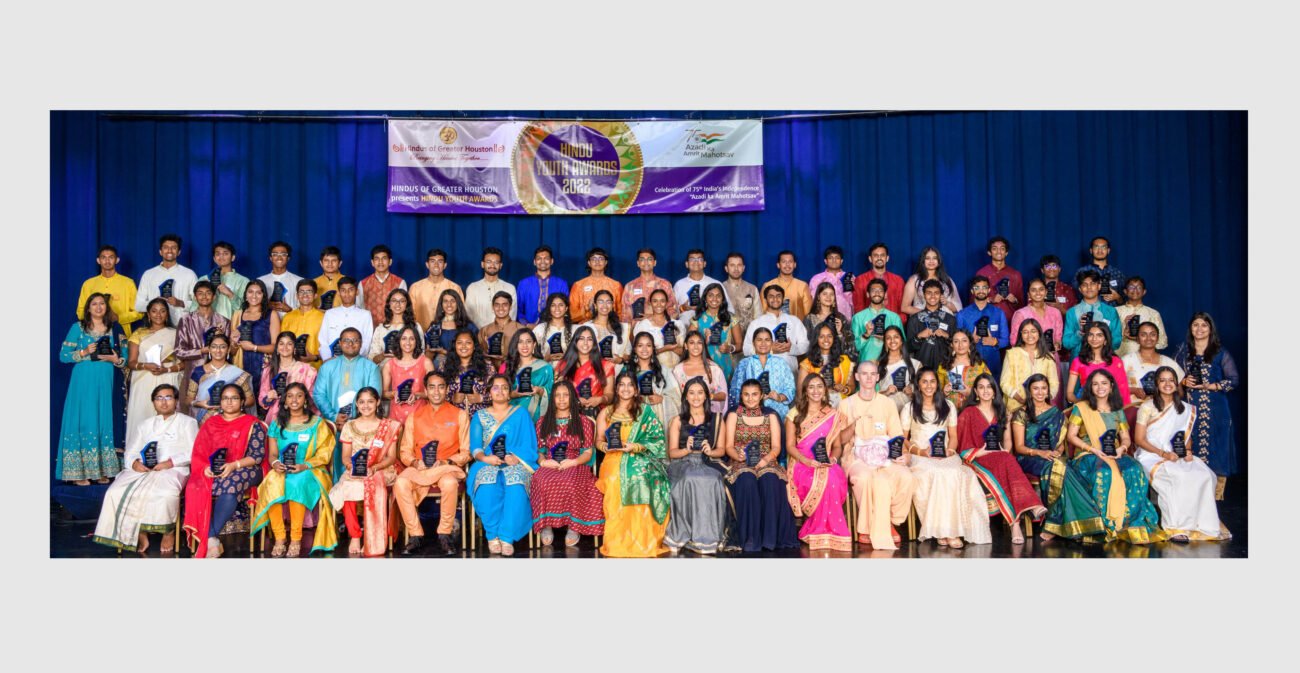 HOUSTON, TX – Seventy-five Hindu youth were recognized and honored for their strong sense of community, fostering conversations about Indian culture, and inspiring the next generation of leaders with their contributions on September 10, here.

HGH past president Partha Krishnaswamy came up with the idea of awarding 75 Hindu youth this year to commemorate India’s “Azadi ka Amrit Mahotsav”, a press release said.  Awardees included those of Caucasian, African American, Caribbean, Nepali, and Indian American origin. Held in the auditorium of the Sri Meenakshi temple, the event drew over 500 people and was packed to capacity.
Following tradition, the event commenced with the lighting of the lamps by the Young Hindus of Greater Houston and Hindu Heritage Youth Camp followed by dignitaries and distinguished guests. A soul-stirring musical ensemble by the youth of Houston raised the piety of the evening.

The evening was replete with insights, inspiration, and practical takeaways. HGH and Hindu Temple of The Woodlands Founding member Beth Kulkarni highlighted HGH’s prominent role in “encouraging and mentoring” the youth to take pride in their heritage, identity, and their involvement in their organizations.

Renowned strategist, thinker, and motivational speaker Partho Ghosh offered a transformative way of thinking in his keynote address. He also dwelt on Vedanta philosophy, how its tenets can drive better leaders and the traits of future leaders.

Deputy Consulate General of India Sandeep Choudhary congratulated the awardees and spoke briefly of the importance of connectivity of the youth awardees with those in India.

The event concluded with a delicious dinner catered by Indian Summers and a surprise 75-item dessert station.