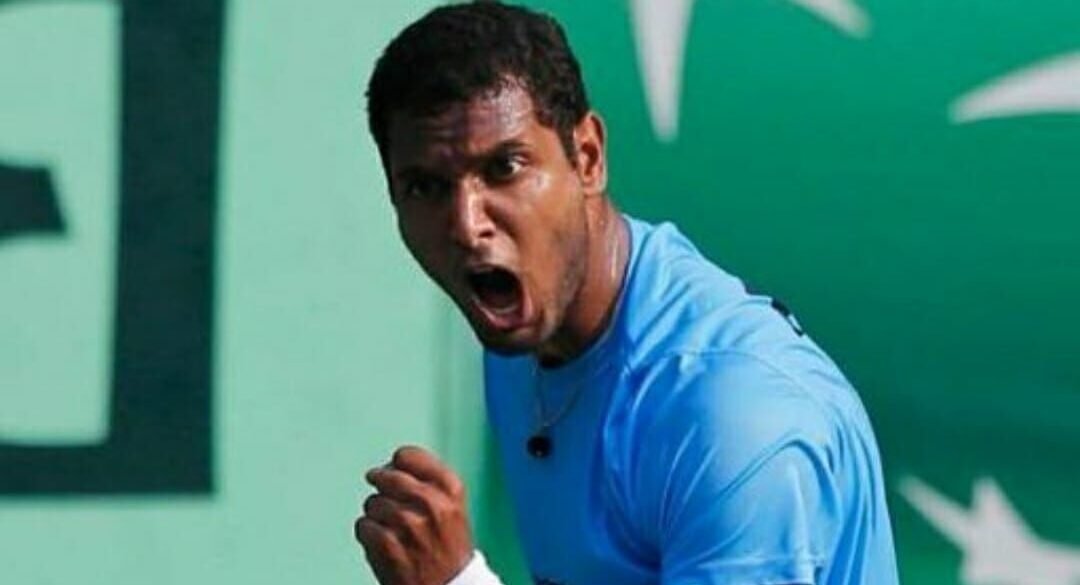 Ramkumar Ramanathan wins in the 2nd round of Wimbledon qualifiers. (photo via IANS)

The Indian hammered six aces and committed only one double fault as against one ace and three double faults from Etcheverry. The 26-year-old won 84 percent of the first service points as against 78 percent won by his Argentine opponent and also converted two of the four break points he got.

Ramanathan, who is ranked 212 in ATP rankings, had earlier beaten Slovakia’s Josef Kovalik 6-3, 6-0 in the first round of the qualifiers June 22.

India’s other competitors, Prajnesh Gunneswaran and Ankita Raina, had both lost their first round qualifiers.

The main round of Wimbledon will commence on June 28.