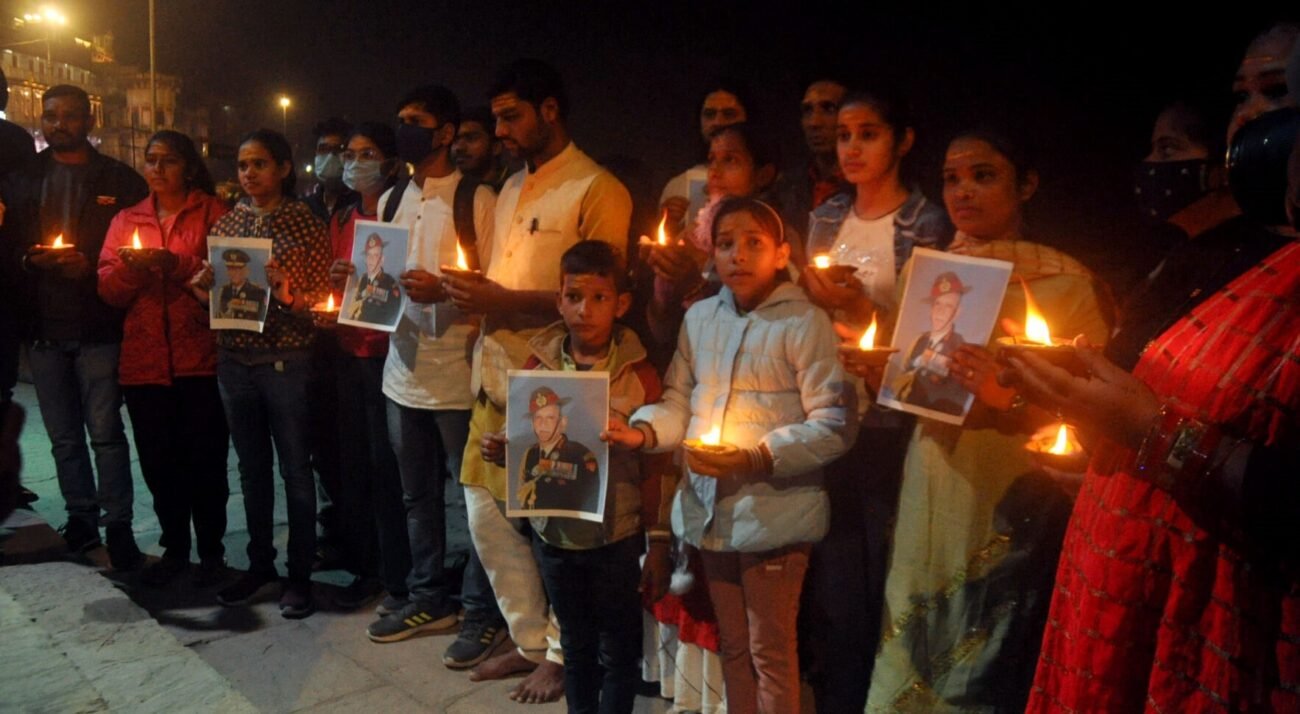 NEW DELHI (ANI) – A ‘tri service’ enquiry has been ordered regarding the crash of the Indian Air Force Mi-17V5 helicopter that claimed the lives of Chief of Defense Staff General Bipin Rawat, his wife and 11 other defense personnel, Defense Minister Rajnath Singh informed the Rajya Sabha on Dec. 9.

Explaining the sequence of events, the defense minister said, “With profound grief and heavy heart, I stand to convey the unfortunate news of the crash of the military helicopter in the noon of December 8, 2021, with India’s first Chief of Defense Staff, General Bipin Rawat onboard.”

General Rawat was on a scheduled visit to Defense Services Staff College, Wellington, to interact with the student officers, Singh said.

“The Air Force Mi-17V5 helicopter took off from Sulur Air Base at 11:48 am yesterday (Wednesday) and was expected to land at Wellington by 12:15 pm,” said the minister.

Air Traffic Control at Sulur Air Base lost contact with the helicopter at approximately 12.08 pm, he added.

Subsequently, Singh said, few locals spotted a fire in the forest near Coonoor and rushed to the spot where they observed the wreckage of the IAF helicopter engulfed in flames.

“Rescue teams from the local administration in the vicinity reached the site and attempted to recover the survivors from the crash site. All those recovered from the wreckage were rushed to the Military Hospital, Wellington,” Singh informed.

Latest reports have confirmed that out of the total 14 persons on board the ill-fated helicopter, 13 have succumbed to their injuries, he said.

Group Captain Varun Singh is on life support in the Military Hospital at Wellington and all efforts are being made to save his life, the minister informed.

The Defense Minister further said that the Chief of Defense Staff would be cremated with full military honors.

“I, on behalf of the House, pay homage to the deceased persons and express condolences to the bereaved families,” added Singh.