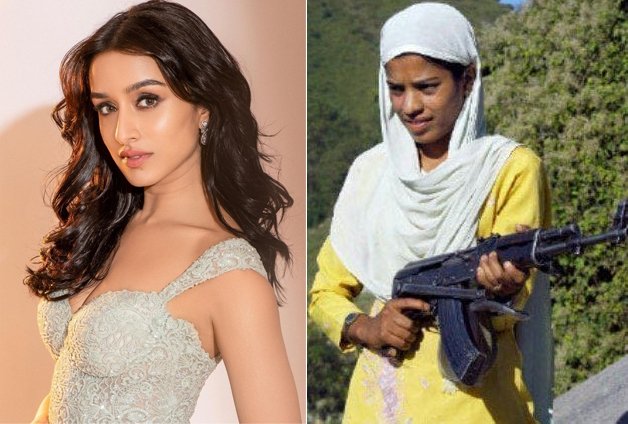 Back in 2009, Rukhsana Kausar, who’s from Jammu and Kashmir’s Rajouri district, was in her 20s when she killed Let terrorist Abu Osama with an axe and forced his accomplices to flee by firing at them after snatching a rifle from them.

Rukhsana was with her mother and brother when this incident took place.

The terrorists had raided their houses and started beating up Rukhsana’s family members. She was hiding under a bed at the time of the attack. Mustering courage, she emerged from her hiding place and struck back.

The act of bravery made her a real-life hero. People across the country saluted her courage. She became a role model for many.

Today, Rukhsana is a police constable, married to a police officer and a mother of three daughters.

In an interview she said that she is feeling good that a film is being made to showcase her bravery. “It needed bravery and courage to kill a terrorist with an axe,” she said.

Recalling that night, Rukhsana said the terrorists, after barging into their house, had started beating up her father for no reason.

“They beat up my father. When my mother tried to intervene, they beat her up also. Blood started oozing from her mouth, my brother ran to help, but they beat him up as well. He fell and started crying,” Rukhsana said.

“They came looking for me in the other room, but they couldn’t find me as I was hiding under a cot. After some time, I thought if they killed my three family members, there was no reason for me to live. I came out slowly and found an axe lying there, I used it to neutralize Osama,” the braveheart said.

She said he was sitting with his back towards her when she hit him with the axe.

Rukhsana added that earlier she was given protection, but she eventually gave it up. She said her husband is a brave man and her source of strength.

“I keep a weapon with me for 24 hours, but now that a film is being made on me, there will be more threats directed at me. I request the SSP and DIG that I must be provided protection,” Rukhsana said.

She said her message to women of Jammu and Kashmir is that they must keep up their determination.

“We are not weak. The daughters of Jammu and Kashmir are very brave,” she said.

“My daughter who is 11 years old tells me that she wants to perform similar acts of bravery. My daughters tell me that they are all Rukhsanas.”