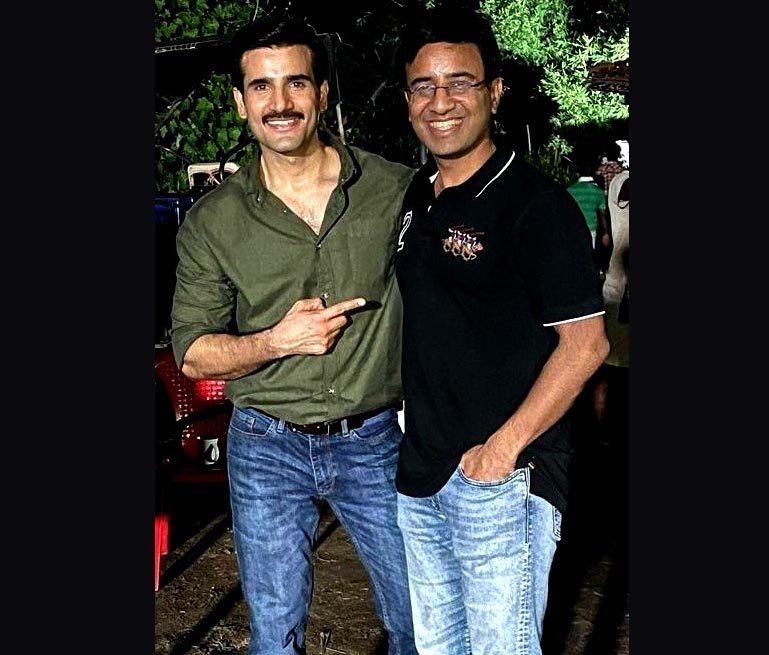 MUMBAI, (IANS) – Actor Karan Tacker, who is currently enjoying great positive response to his recently released streaming series, ‘Khakee: The Bihar Chapter’, has expressed his gratitude towards the real IPS officer Amit Lodha for his guidance and support throughout the series.

The actor essays the role of a young, earnest, dutiful and righteous cop in the series, his role is based on the real-life of IPS Amit Lodha.

He shared a picture of the reel (himself) and real Amit Lodha, Tacker said, “I want to take this moment to thank the man who made it possible. Had it not been for his struggles, we would not have had a show to make.”

The series, which is available to stream on Netflix and is set in the early 2000s of Bihar, required Karan to transform himself mentally as well as physically to fit into the role. The actor gained weight and learned the mannerisms of a police officer for the part.

He further mentioned, “IPS Amit Lodha, thank you for your efforts, for the life you lived, that I got to emulate your life on celluloid. I’m indebted to you sir, not only as an actor but also as a citizen, who feels safe and secure because of men and women like you in uniform. Jai Hind!”

Karan started his journey with television and ‘Khakee: The Bihar Chapter’ marks his second association with filmmaker Neeraj Pandey, after having worked together on ‘Special Ops’.

‘Khakee: The Bihar Chapter’ is a crime drama tracing the world of crime based on true events. Portraying the cop v/s gangster tiff, the show features Karan Tacker as the police officer while Avinash Tiwary plays the gangster.