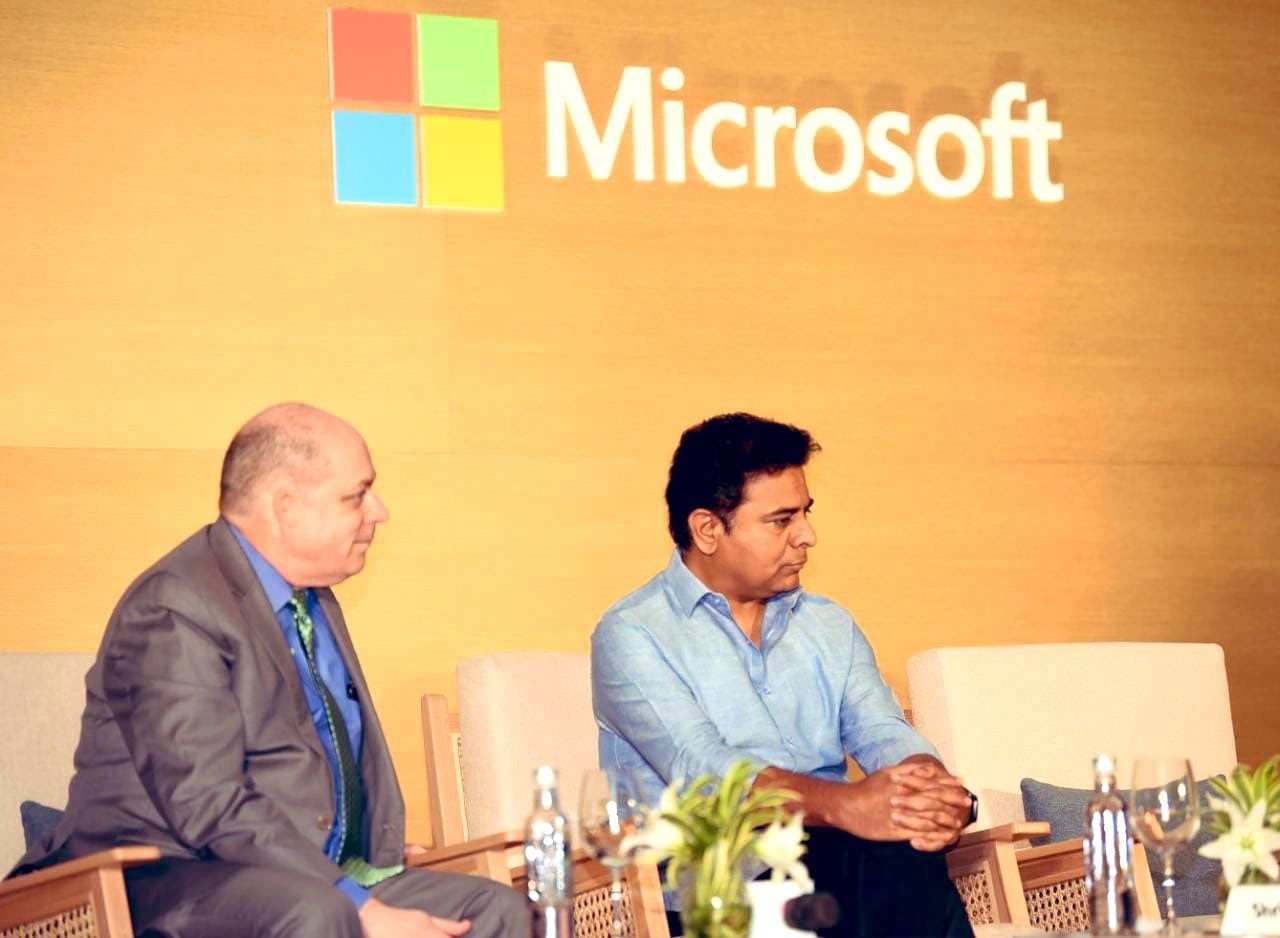 HYDERABAD (IANS) – Software giant Microsoft will set up its largest data center in India at Hyderabad with an investment of Rs 15,000 crore.

The Telangana government and Microsoft on Mar.7 jointly announced the data center investment which will be Microsoft’s largest data center region in India.

Microsoft will make the investment over a period of 15 years into the new data center region spread across three sites – Chandanvelly, Ellikatta, and Kottur.

The software giant already has its India development center in Hyderabad, which is its largest in the world outside its headquarters in the US.

The announcement was made in the presence of Union Minister of State for Electronics and IT Rajeev Chandrasekhar, and Telangana’s Information Technology Minister K.T. Rama Rao and Principal Secretary, ITE&C, Jayesh Ranjan. The event was also attended by Microsoft’s Executive Vice President, Jean-Philippe Courtois and Microsoft India President, Anant Maheshwari.

The Hyderabad data center region is another addition to the existing network of 3 regions in India across Pune, Mumbai, and Chennai, which have been operational for more than five years.

K.T. Rama Rao called it an iconic moment in the development story of Telangana.

“This will be one of the largest FDIs that Telangana has attracted; Will indirectly support local business growth and facilitate job creation across IT operations, facilities management, data and network security, network engineering and much more,” he tweeted.

Through the data centre region, Microsoft will enable opportunities for local businesses to innovate with Microsoft Cloud services in Hyderabad and across Telangana.

Telangana and Microsoft have earlier entered an MoU that will positively reinforce the state government’s capabilities to enhance its citizen service capabilities. Given the state’s technology driven growth agenda around key sectors like agriculture, healthcare, education, law enforcement and mobility, the Microsoft data center in the region will push up the local growth.

“Today’s commitment to the people and businesses of India will position the country among the world’s digital leaders. A Microsoft data centre region provides a competitive advantage to our digital economy and is a long-term investment in our country’s potential. The cloud is transforming every industry and sector. The investment in skilling will empower India’s workforce today and into the future,” said Chandrasekhar.

“Microsoft and Telangana go a long way back with Hyderabad hosting one of the largest Microsoft offices in the world and I am happy to see the relationship grow,” said Rama Rao.

Maheshwari noted that cloud services are poised to play a critical role in reimagining the future of business and governance and enabling overall inclusion in the country. “The new data centre will augment Microsoft’s cloud capabilities and capacity to support those working across the country. It will also support new entrepreneurial opportunities while meeting critical security and compliance needs. The new data centre region is a testament to our mission to empower the people and organizations of India to achieve more,” he said.