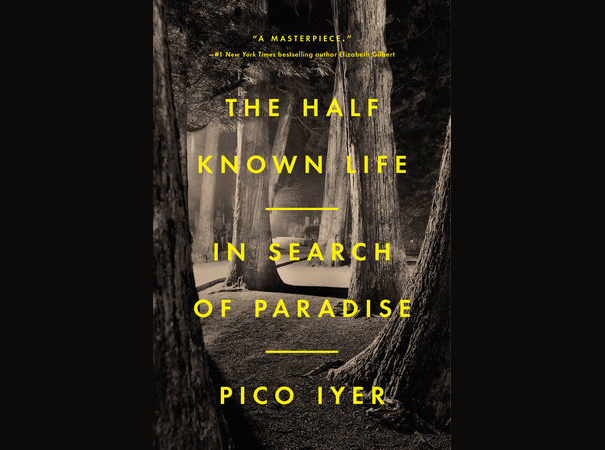 NEW YORK, NY – (IANS) After half a century of travel, from Ethiopia to Tibet, from Belfast to Jerusalem, Pico Iyer asks himself what kind of paradise can ever be found in a world of unceasing conflict.

In a spectacular journey, both inward and outward, Iyer roams from crowded mosques in Iran to a film studio in North Korea, from a holy mountain in Japan to the sometimes-spooky emptiness of the Australian outback.

At every stop, he makes connections with unexpected strangers – mystics and taxi drivers and fellow travelers – and draws on his own memories, of time spent in a Benedictine monastery high above the Pacific, of regular travels with the Dalai Lama, of hearing his late mother speak of sunlit moments in pre-Partition India.

By the end, he has upended many of our expectations and dared to suggest that we can find paradise right in the heart of our angry, confused, and divided world.

Iyer is the author of fifteen books, translated into twenty-three languages, and has been a constant contributor for more than thirty years to Time, The New York Times, Harper’s Magazine, the Los Angeles Times, and more than 250 other periodicals worldwide. His four recent talks for TED have received more than eleven million views.