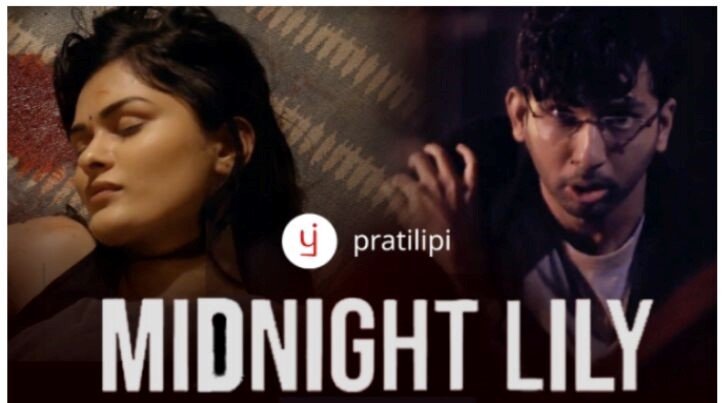 Produced and developed in-house, the web series is an adaptation of a mega-hit Pratilipi story, “On the Hedge of Midnight Lily,” written by Nitin Mishra. First adapted on Pratilipi Comics, the story has a combined 1 lakh reads, showing demand in multiple formats.

Over recent years, India has observed huge growth in digital content, and Pratilipi, India’s largest digital literature platform, is delighted to be able to adapt their stories and novels into video format for the first time.

“Midnight Lily” follows the story of Ved, a renowned novelist recently and happily married to Neena. Ved discovers his wife has been cheating on him and in the ensuing fight, he accidentally kills her. As Ved tries to hide the crime, to his shock, he finds the body is missing. Whilst Ved admits to killing his wife, he can’t explain the disappearance of her body, and as the police investigate the case, many unexpected truths about Ved and Neena are revealed.

“The content ecosystem in India is getting competitive day by day and the way we source new stories and develop them, is going to decide the winners of this game. The past decade has seen breakthrough technological innovation in content distribution, but the way we source and curate new stories hasn’t changed. We believe there should be a better way to do this. With Pratilipi’s literature, comics, and audio platforms, we are able to source millions of stories and gather audience data with minimal upfront cost. We are betting on this fundamentally different data-informed approach to source, curate, develop and market new stories,” Shubham Sharma, head of IP Development at Pratilipi, stated.

“On the Hedge of Midnight Lily” has been read by over 50,000 readers on the Pratilipi platform with 1,756 reviews at an average of 4.7 stars; the later comic book adaptation has been read by an additional 58,000 fans. These strong figures on both Pratilipi and Pratilipi Comics show a huge demand for Mishra’s work and offer Pratilipi clear insights into audience profiles and the anticipated success of the web series adaptation.

The web series closely follows a new partnership between Pratilipi and Yali Dreamworks to develop and co-produce a web series based on a book trilogy by Varsha Srivastava. Both deals show the continued success and strength of Pratilipi, signifying a clear demand for their content and ability to source new stories from writers in 12 Indian languages.

The author, Nitin Mishra, is a renowned comic book writer and Hindi novelist, having built a long-standing career with Raj Comics where he has created the longest-running series and origin stories and worked on popular characters like Nagraj, Super Commando Dhruv and Doga. Nitin is also known for his successful independent novels “Raina@Midnight” and “Where’s the Werewolf?”