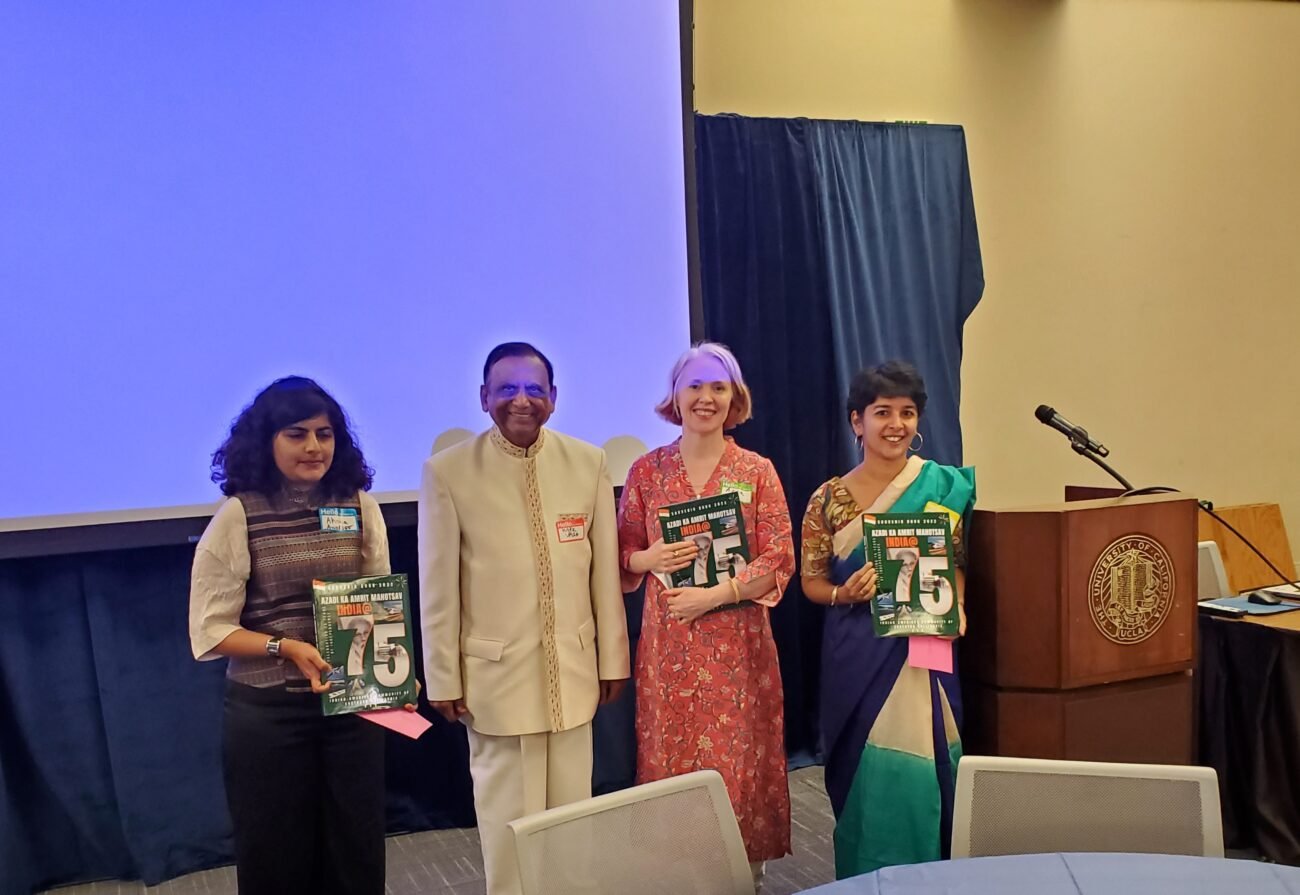 Interrupted by the pandemic, the organization nevertheless, recognized Sahana Ghosh as the winner of the 2019 Sardar Patel Dissertation Award for ‘Borderland orders: Gendered economies of mobility and security across the India-Bangladesh border,’ which she completed at Yale University in May 2018. She is now an Assistant Professor of Anthropology at the National University of Singapore.

The winner for 2020 was Ahona Panda for her dissertation entitled ‘Philology and the Politics of Language: The Case of Bengali, 1893-1955’, completed at the University of Chicago in August 2019.  She is now Assistant Professor of History at Claremont McKenna College.

FSPA, at the event, also felicitated Navin and Pratima Doshi for their multi-million dollar donations to various educational institutions over the years.

As UCLA Sardar Patel Award endowment embarks on its 23rd year of existence, founding charter member and current President of FSPA Harkishan Vasa delved into its history. The endowment is unique, he said, in that FSPA is a private non-profit entity but the “active private right hand of the UCLA Sardar Patel Award endowment in assisting UCLA to ensure the continued success of the endowment.” The original intent of the award continues to draw the best minds to study India and its place and impact on the world.

The evening’s honorees, the Doshis, the 125 strong audience was informed, are also founding members and major donors of FSPA. A list of the plethora of donations they have made was announced which includes UCLA, Loyola Marymount University,and the Indian Institute of Technology, among others. Their most recent donation is a $5 million building to the Maharishi International University for the establishment of the Navin and Pratima Doshi Center for Integrative Medicine in West Los Angeles, CA.

A video on the life of the Doshis was presented along with a poem ‘Satyam Shivam Sundaram’ written by Navin Doshi and performed and presented by musician Vijay Bhatt. Several members of the community spoke and lauded the contributions made by the Doshi family. Doshi graciously acknowledged everyone for their words and support over the years.

The audience was treated to a vegetarian dinner and entertained with Kathak performances by Rina Mehta’s team from the Leela Academy of Arts.