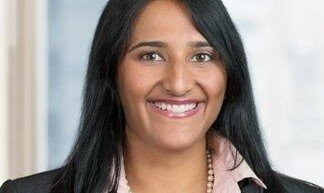 SAFA’s mission is to educate, advocate, engage, and mobilize the South Asian Democratic community in the United States at the local, state, and federal levels, it said in a news release.

The organization aims to increase the civic engagement, political participation, and network of South Asians. SAFA is the first of its kind organization that is focused on this unique and diverse voting bloc, with diaspora communities drawing their heritage from India, Pakistan, Bangladesh, Afghanistan, Sri Lanka, Nepal, Bhutan and the Maldives, with diverse faith traditions, languages and paths to immigration to the United States, it said.

Leaders from South Asians for Biden formed SAFA after assessing the groundbreaking impact of their organizing efforts during the 2020 General Election and Georgia Senate Election victories, which led to Democrats winning the White House, the House of Representatives, and the Senate, according to the release.

“We are excited to announce the launching of South Asians for America,” Neha Dewan, national director of South Asians for Biden who will helm SAFA as its leader, said in a statement. “The 2020 election cycle demonstrated the need for an organization that is dedicated to empowering South Asians on a continuous basis, and not just in the lead up to an election.”

Harini Krishnan, who previously served as the South Asians for Biden grassroots organizing lead, noted the increased enthusiasm of the South Asian community in civic engagement and politics.

“With the election of President Joe Biden, Vice President Kamala Harris and countless senior South Asian staff appointees represented in their administration, we expect to see an influx of individuals interested in serving their communities in various capacities,” Krishnan said in a statement. “SAFA will provide resources and training, and will also be engaged in efforts to ensure that South Asians remain a durable voting bloc that Democrats can count on to win.”

The organization also spearheaded a program to combat disinformation swirling on social media platforms, and served as the officially recognized affinity group for South Asians as part of the Biden campaign, it said.

Shekar Narasimhan, founder and chairman of the AAPI Victory Fund, also celebrated the launch of SAFA.

“It is heartening to see the increased engagement from the 2020 election cycle of the South Asian community translate into lasting political empowerment through SAFA. SAFA will be pivotal to building the coalition we need for lasting change with the broader AAPI community and communities of color in 2022 and beyond,” Narasimhan said in a statement.

South Asians for Biden was a purely volunteer-based organization, and saw enthusiasm amongst community members soar after Kamala Harris was selected as Joe Biden’s running mate, becoming the first Indian American and Black woman to serve in the role.