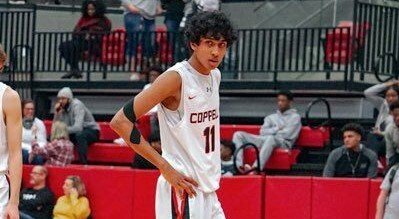 Indian American Ryan Agarwal, a star high school basketball player in Texas, has chosen to attend Stanford at the next level.

Agarwal, a four-star wing, is considered among the best long-range shooters in the country in the junior class.

247sports reports that the 6-foot-6 small forward out of Coppell, Texas, confirmed his commitment to Stanford March 16.

“I have a really good relationship with Coach (Jerod) Haase,” Agarwal told 247Sports on why he decided to commit to the Cardinals. “At the time when I was getting close to this decision, I was calling him every week. With most schools that reached out, I was not talking to the head coach as much as I was talking to the assistant coach recruiting me. But with Stanford I talked to Coach Haase and Coach (Adam) Cohen a lot.”

Outside of his relationship with the coaching staff, Agarwal also sees Stanford as a great opportunity to prepare him for basketball after college, the report said.

“On the development side of things, it was not just about the school or being a good team,” Agarwal added in the report. “I wanted to play for a program who makes sure I am ready and equipped to play at the next level and Stanford has a history of doing a great job in the area of developing their players.”

Agarwal is the second prospect from the state of Texas to commit to the Cardinal within the last year. The first one was five-star point forward and McDonald’s All-American Harrison Ingram.

“I knew the play style of a team was going to play a big part in my decision,” said Agarwal. “Stanford has a play style that fits me and they utilize their shooters really well.”