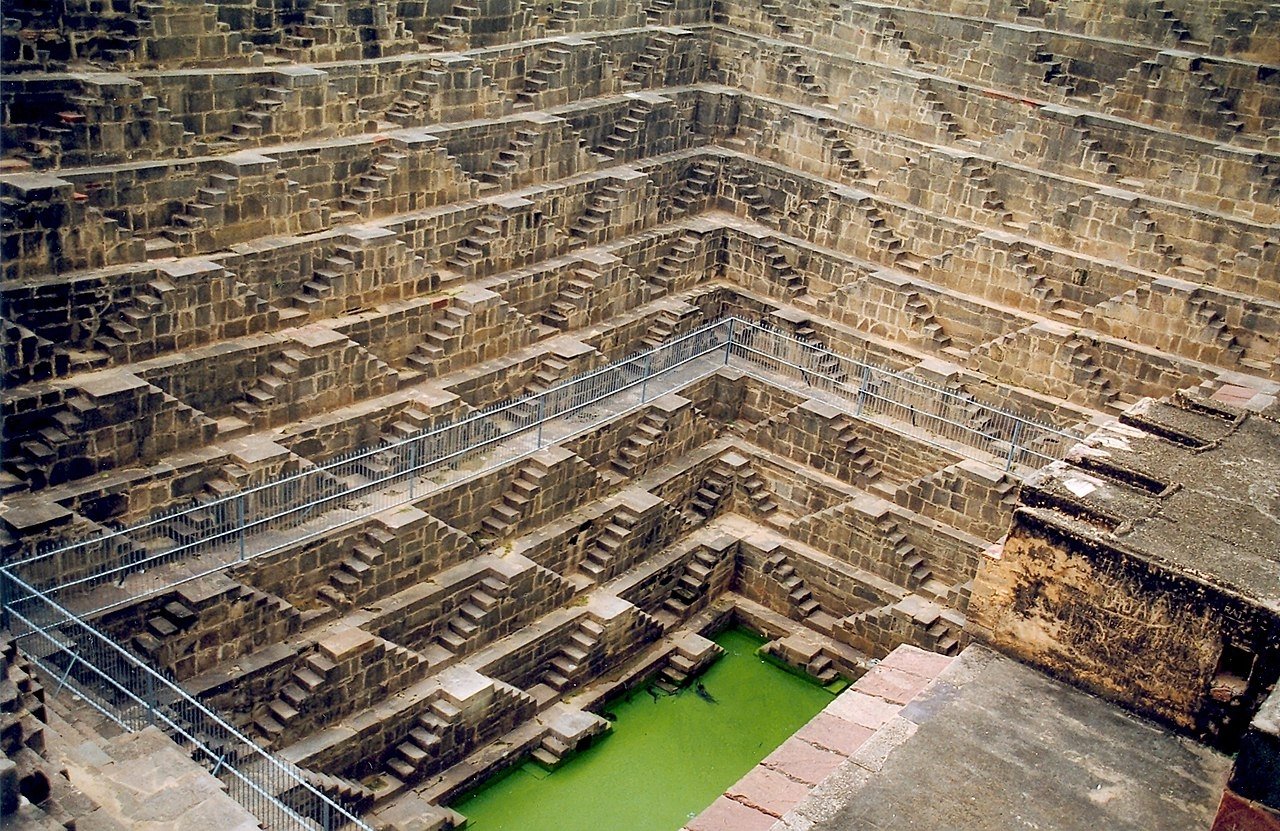 NEW DELHI, (IANS) – As people are increasingly feeling the heat of global warming, the issue of water conversation is surfacing across all nations. However, India had been doing this for centuries.

They are most common in western India and are also found in the other arid regions of the Indian subcontinent. The construction of stepwells is mainly utilitarian, though they may include embellishments of architectural significance, and be temple tanks.

Stepwells are examples of the many types of storage and irrigation tanks that were developed in India, mainly to cope with seasonal fluctuations in water availability. These were built to make it easier for people to reach, maintain and manage groundwater levels.

Stepwells originated from the need to ensure water during the period of drought, and in the deep faith in the water Gods as conspicuous even in the Vedas. These places served as for religious ceremonies and rituals.

It has been suggested that replicating India’s ancient model, many nations can build stepwell in areas where there is water scarcity.

In India, stepwells are mainly found in Rajasthan, Maharashtra, Karnataka, and Andhra Pradesh and Gujarat.

These stepwells are generally dependent on the recharge from nearby surface water sources viz. village ponds, streams, canals and in some cases nearby rivers.

Even during dry periods these wells have water in them. Most of these wells are part of phreatic aquifers of various formation s such as alluvial, basaltic and phyllite.

In view of their structural uniqueness as well as their role in water conservation, Gujarat decided to revive, clean up and rejuvenate these stepwells, which are named “Jal-Mandir” – Water Temple.

In the absence of electricity in those times, the stepwells were a reliable source of ground water for the population, travelers and armies on the move. The concept is innovative especially from the point of view of the sustainability of village water supply system by inculcating a sense of responsibility among people and motivating them towards maintaining the system by attaching social and religious facets to it.