HomeIndiaIndia and the worldSunak, Suella Make The Cut in Race to be UK’s Next PM

Sunak, Suella Make The Cut in Race to be UK’s Next PM 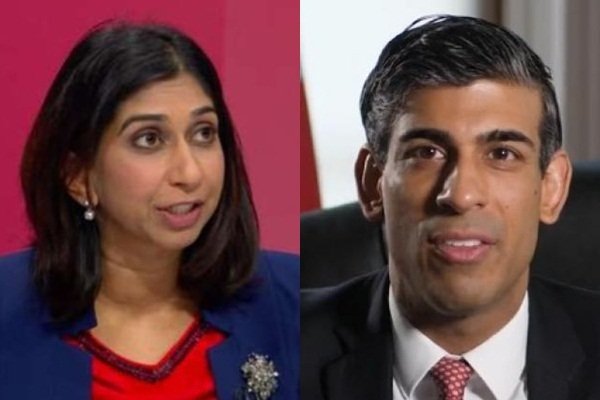 Sunak, Suella Make The Cut in Race to be UK’s Next PM

LONDON – Two candidates out of the eight who have made the cut for Wednesday’s first round ballot in the ruling Conservative party’s leadership contest, are of Indian origin – Rishi Sunak and Suella Fernandes Braverman. The outcome of this race will throw up Britain’s next Prime Minister.

A total of 11 contestants had entered the fray. But Sajid Javid and Rehman Chishti, both of Pakistani descent, who had thrown their hats into the ring, failed to secure the support of 20 fellow MPs – a pre-condition to proceed further in the competition.

Others among the eight who made the short-list were former Defense Secretary Penny Mordaunt, Kemi Badenoch, who is of Nigerian extraction and was a minister of state in the outgoing government of Prime Minister Boris Johnson, who lost the confidence of his party’s MPs, Foreign Secretary Liz Truss, former Foreign and Health Secretary Jeremy Hunt, backbench MP Tom Tugendhat, and Nadhim Zahawi, who is of Kurdish background and now the Chancellor of the Exchequer after Sunak resigned from this post.

Priti Patel, the Home Secretary in Johnson’s outgoing cabinet, brought up the rear with 1.7 percent. Though enjoying the experience of a senior minister, albeit now in a caretaker capacity, she chose not to enter the race.