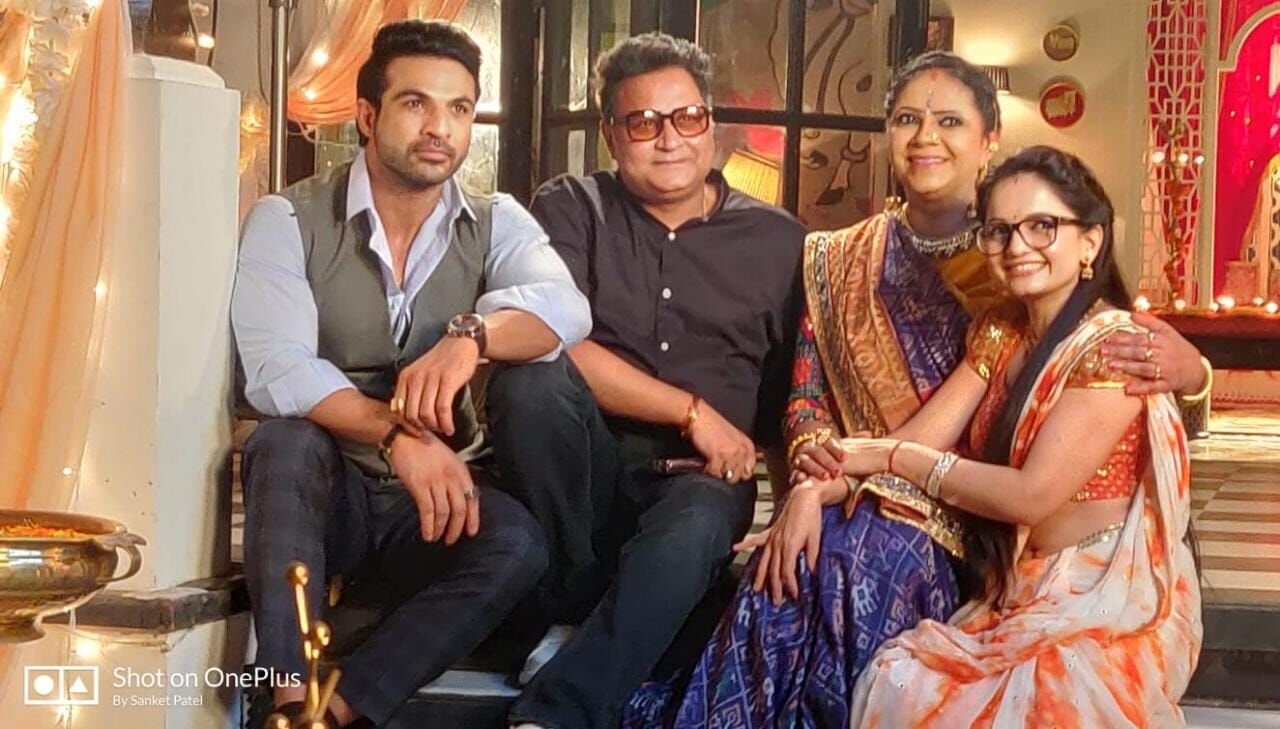 MUMBAI —The show “Tera Mera Saath Rahe” is actually a prequel to the popular “Saath Nibhaana Saathiya,” reveals director Ashish Shrivastav. While the story narrates what happened in the past, it has a lot of twists and turns and is high on drama.

“We have added a lot of spice into it to make sure it feels like a new story with more entertainment value. At the same time we have stayed in the realistic zone. I enjoyed shooting it and believe that audiences will also enjoy watching the story,” says Shrivastav, who has earlier helmed popular shows such as “Shaadi Mubarak,” “Yeh Rishte Hai Pyar Ke,” “Piya Albela” and “Kahani Ghar Ghar Ki”

Many actors from “Saath Nibhaana Saathiya” have been retained in the prequel. “Obviously retaining the old actors is helpful because they have their face value and a loyal fan base. Rupal Patel, Giaa Manek, Mohammad Nazim, Vandana Vithlani are all fine actors and audiences enjoy watching them on screen, so getting the old cast on board is helpful,” he continues, “I have worked with Rupal ji in “Yeh Rishte Hai Pyar Ke” and she is very professional and fine artiste, and Giaa Manek is also very good. In this show they won’t be seen as Kokila and Gopi Bahu. Rupal-ji will be seen as Mithilaben and Giaa will be Gopika.”

Shrivastav also shares that directing new and young actors are fun. “It’s a little challenging to direct new actors because we have to work hard on them. Sometimes we get good, raw actors who have talent, which helps the show to give a different perspective. There is a huge difference between working with established actors and young actors. We only need to brief established actors, but with young actors, we have to start from scratch,” he says.

A director is called the captain of the ship. Does he hold that authority in a fast-paced medium like TV? Ashish answers, “When we start a show, channels, actors and producers all trust the directors, and that’s why set-up is done by the directors in a way that at least 15 to 20 episodes easily get ready to ease the telecast pressure. Once the show goes on air, we increase our speed of work and ensure that we maintain quality,” he explains.

Ask him if he had to make compromises at times in terms of meeting the demand of the producers or the channels, and Ashish answers, “Quality compromises happen on TV but it depends on the situation. Like if something is supposed to happen on a big scale, we do it in a smaller way so that the flow doesn’t get affected. Now when the show’s budget is not high, producers try to maintain quality and sustainability. This happens because we invest more money in initial days and we plan to run the show for 3 to 4 years, so there are times when the producers are left with not much money. But these days, producers have become smart when it comes to investment from day one.”