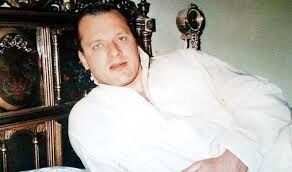 NEW DELHI (IANS) – His prowess at reconnoitering sites for unconscionable and indiscriminate terror bloodbaths was perhaps only exceeded by his propensity to cooperate with authorities when caught.

Thirteen years after the Mumbai carnage, Daood Sayeed Gilani aka David Coleman Headley remains an enigma, with no clear answers to the vexed question of whom he worked for, to what extent, and what he believes in.

Caught by the U.S. when planning a new outrage, he was made available to Indian investigators, but his extradition has been firmly ruled out – even as that of his childhood friend is progressing on the basis of evidence he is providing.

And in India, he transitioned from a key accused to a key prosecution witness, being pardoned by a Mumbai court on the condition that he makes a clean admission of the conspiracy behind 26/11 – and he freely complied.

What do we make of the checkered life and career of David Headley?

Renowned journalist and author Adrian Levy got it right, categorizing Headley, whose mismatched pupils are his distinguishing feature, as an “extraordinary maverick chameleon character who only served himself despite professing multiple allegiances.”

Levy’s ‘The Siege: Three Days of Terror Inside the Taj’, co-authored with Cathy Scott-Clark, contends Headley’s background – a Pakistani father and an American mother – explains why he betrayed everyone he came in contact with: his friends when he became a drug dealer, the drug syndicates when he became an informer for the U.S. Drug Enforcement Administration, and later, U.S. intelligence and his jihadi masters, with wider consequences.

On Headley, who was so sought after by U.S. intelligence, Levy, participating in an Indian literary festival soon after his book was published, maintained that this was because the man was convincing and difficult to control, and all these attributes made him “attractive for intelligence agencies.”

Levy added: “Also, he was the only American passport holder that could lead the U.S. security agencies to Osama bin Laden.”

Though Indians will long remember Headley for his meticulous reconnaissance for 26/11, the Danes for planning one of the most audacious terrorist outrages for the country, though nipped before it come to fruition, and the U.S. for the way he misled and deceived them for over a decade, they will also bear in mind the ease with which he turned over and told all, in copious detail, all that he had done, once in custody.

And not only his role, he even agreed to point a finger at his former associates, which ensured that not only did he evade capital punishment in the U.S., he was also pardoned by an Indian court, as a veteran Danish journalist showed.

In the ‘The Mind of a Terrorist: The Strange Case of David Headley’, Kaare Sorensen cited a telling story to show Headley’s swinging allegiances.

He says Headley was so impressed with Ilyas Kashmiri (one of the few high-ranking non-Arabs in the Al Qaeda hierarchy) of the infamous ‘313 Brigade’, who promised to help Headley attack the Danish newspaper ‘Jyllands-Posten’ (which had run a set of cartoons deemed “blasphemous” by the Muslim world), that he became frantic when he could not contact him, distraught when reports said Kashmiri had been killed, and ecstatic when these were proved wrong.

On the other hand, it was Headley himself, once in custody, who offered to go and meet Kashmiri in his hideout on the Pakistan-Afghan borderlands and present him a sword with a homing device embedded in it so that the Americans could track him.

Headley’s role in 26/11, as well as in the attack itself, was also discussed by Indian ex-police officer Shirish Thorat.

In ‘The Scout: The Definitive Account of David Headley and the Mumbai Attacks’, Thorat seeks to answer what kind of a person can coolly go around a bustling metropolis with the objective of reconnoitering a series of high-profile and bustling targets for a relentless, unconscionable carnage and strike up acquaintanceships with those who might well figure among the victims?

Many details are now known of the Pakistani-American Lashkar-e-Taiba operative who planted the seeds of 26/11 by providing the terror outfit with detailed inputs and hours of footage of the iconic and well-frequented targets, including the Taj Mahal Palace Hotel, Leopold Cafe, and even the hard-to-find Nariman House (aka Chabad House).

Thorat and his co-author seek to answer questions such as, when the attack was being directed by LeT commanders, why was Headley not invited to the ‘command center’ and his calls fobbed off, as they provide a riveting reconstruction of the preps for the dastardly attack, their bloody unfolding, and a tantalizing bit of the aftermath, though they clarify their narrative “is a combination of verifiable facts and a professional’s estimate of what happened and how.”

Ultimately, the question that arises is why India should keep its focus on Headley, and it is Sorenson, who has covered Islamic terrorism and international affairs extensively, who shows how the threat of terrorism is down but not out.

Headley’s life may have been a long litany of deception and betrayals, but even “before a terror attack becomes an item on a breaking-news ticker or social media, before the first shot is fired, even before the attackers pack their weapons, you will find a guy like David Headley,” Sorensen says.

“He could be the person sitting next to you in the hotel lobby or at a bar in any major city in the world. And he would fit in.”