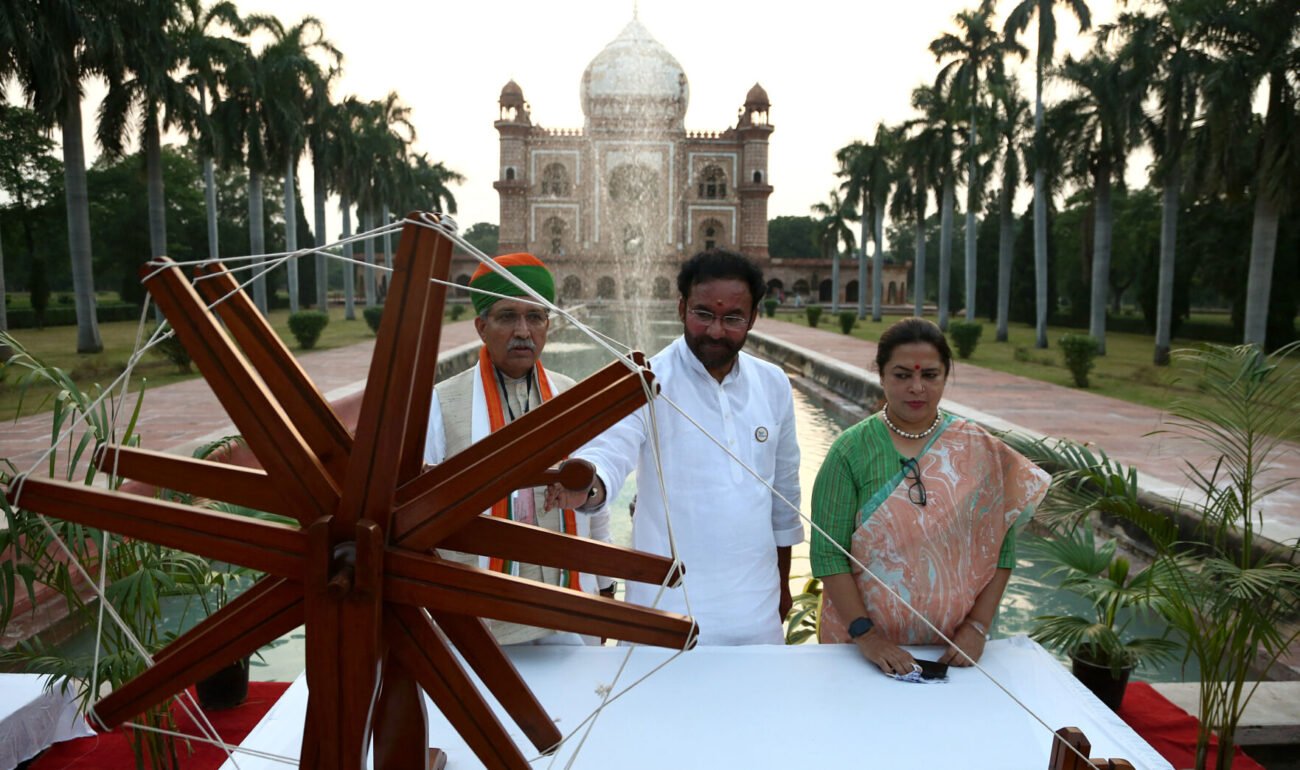 Union Culture, Tourism, and Development of North Eastern Region Minister G Kishan Reddy in the presence of Minister of State for Culture Arjun Ram Meghwal and Minister of State for External Affairs Meenakshi Lekhi spins a spinning wheel as a part of paying tribute to Mahatma Gandhi on his 152nd birth anniversary during the ‘Spinning of Charkha’ program at Safarjang Tomb, in New Delhi Oct. 2. (ANI photo)

Speaking at a virtual commemoration organized by India’s Permanent Mission to the UN, Shahid emphasized, “It is not by chance that this day, October 2, coincides with Mahatma Gandhi’s birthday. In commemorating this day, we also celebrate the legacy of this remarkable man who taught us that there is nothing cowardly about non-violence.” Underlining Mahatma Gandhi’s words, he said that non-violence is a power that can be wielded equally by all provided if they have faith in God of love and equal love for all mankind.

He emphasized that Mahatma Gandhi chose peace to confront injustice.

Gandhi’s birth anniversary is being celebrated worldwide as the International Day of Non-Violence. Various world leaders including global organizations are remembering his message of non-violence and tolerance. Several events are held in India and across the world to mark the occasion.

Born on Oct. 2, 1869, in Porbandar town of Gujarat, Mahatma Gandhi adopted a non-violent resistance and had been at the forefront of the freedom struggle against colonial British rule. This led to India finally achieving its independence in 1947. Fondly known as Bapu, his unwavering belief in ‘Swaraj’ (self-governance) and ‘Ahinsa’ (non-violence) won him accolades across the world.