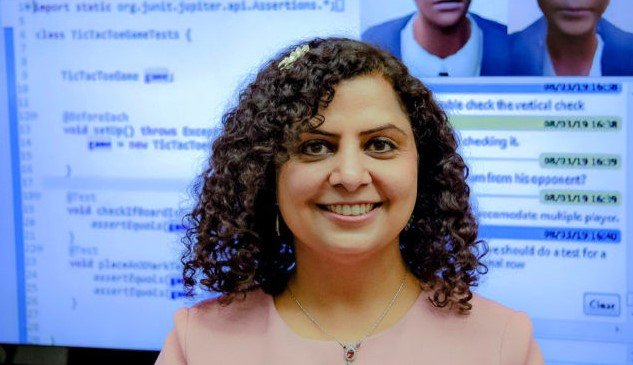 The University of Tulsa April 19 announced that assistant professor of computer science Sandeep Kuttal was honored by the National Science Foundation with a CAREER Award.

Kuttal, the university said, is leading the way in the field of software engineering by creating such a virtual assistant for programmers.

Her CAREER award was given to support her project, “Designing an Interactive Partner to Support Pair Programming.”

Kuttal’s CAREER award follows on the heels of her recent Young Investigator Research from the Air Force Office of Scientific Research, the release said.

Chairperson of the Computer Science Department John Hale expressed his pride in Kuttal’s work and her latest achievement: “These awards are testament to both the ground-breaking research happening in The University of Tulsa’s Tandy School of Computer Science and to the quality of our faculty. They are well-deserved by Dr. Kuttal and continue a string of success for her and for our department.”

Kuttal will focus her CAREER-supported research on the creation of Alexa-like programming assistants that will offer many new insights into how programming is learned and carried out.

Over the last several years, Kuttal has analyzed and expanded upon ideas from the areas of human-computer interaction, software engineering and artificial intelligence to address the idea that human programmers and machine intelligences engage in immersive and natural interactions centered around programming activities, the release said.

This means that using Kuttal’s proposed technology could break down barriers between researchers and mechanical subjects that were never thought possible, it adds.

One of the most compelling aspects of Kuttal’s research is how she has taken into account gender bias and devised an innovative approach to ensure that the agent is sensitive to female programmers and students.

While helping attract and retain females and members of underrepresented groups in computer science programs in high schools and universities, Kuttal hopes that her work on developing these programming partners may bring about massive transformations in software development as well as in the teaching and learning of programming, it said.