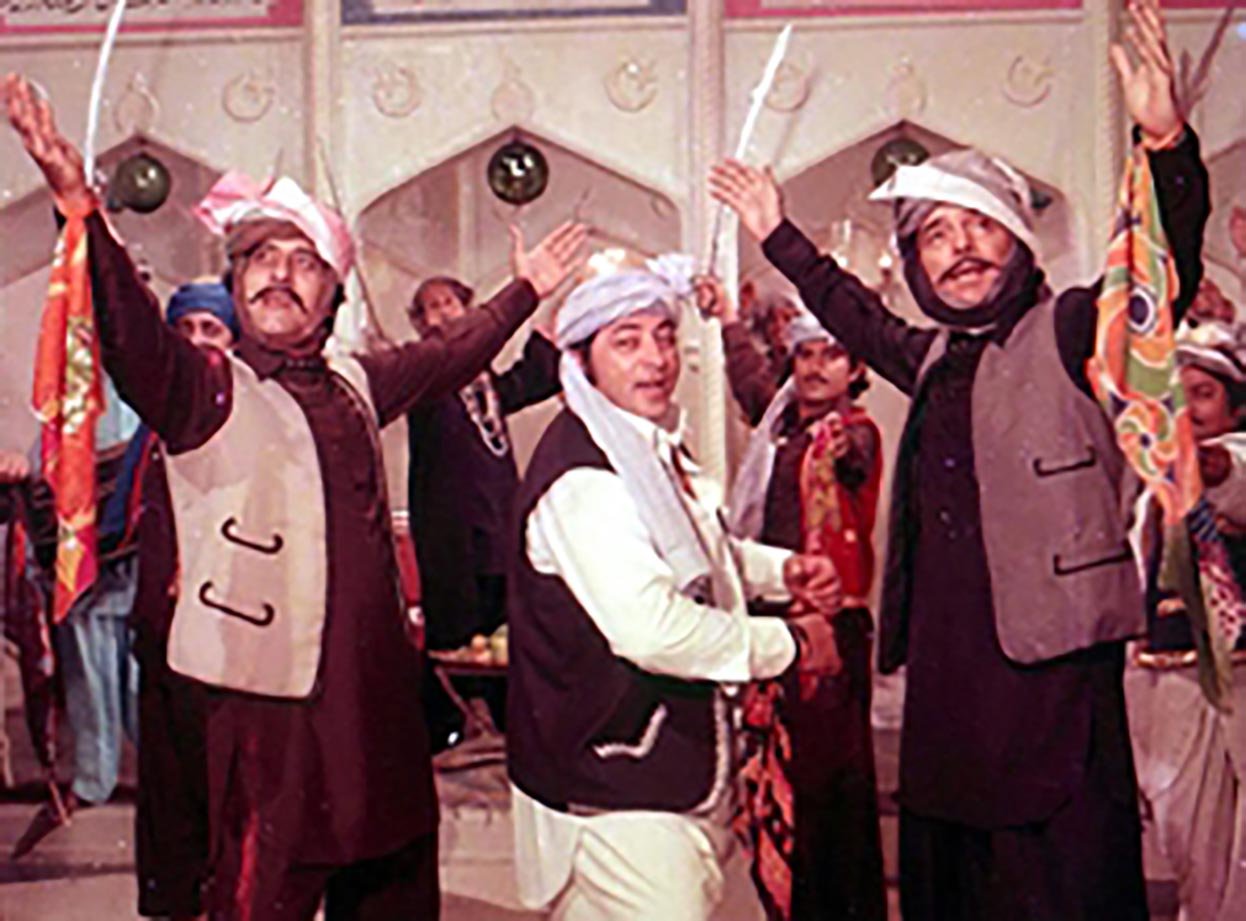 He carved himself into the history of Bollywood playing – in his first major role – a foul-mouthed, sadistic, and vicious brigand, but there was much more to him than just being Gabbar Singh of “Sholay”. While Amjad Khan’s oeuvre of over 220 films has him playing the villainous ‘heavy’, usually against Amitabh Bachchan, he also excelled in more positive and even comic roles.

And then, he was capable enough to hold a long discussion on various issues with Satyajit Ray.

Take his Filmfare Awards nominations as one metric. Amjad Khan was nominated seven times in the prime of his acting career from 1976 to 1986 – five times for Best Supporting Actor (including two nominations in one year once) and two times as Best Performance in a Comic Role (both in the same year) and won twice in the first category and once in the second.

In the first category, apart from “Sholay” in 1976 – where he lost to Shashi Kapoor for “Deewar”, the rest of his roles were all far from villainous – a wisecracking, drum-playing police inspector in “Qurbani”, the hero’s affluent and supportive friend in “Yaarana” and an affable police constable in teenage romance “Love Story”. Even in “Dada”, where he is a contract killer, there is a pattern of redemption for him.

And these were not just the exceptions – there were many others where Amjad Khan, who was born November 12 in 1940, had the audience cheering for him, instead of booing or hating his onscreen persona.

Son of villain and character actor Jayant (Zakariya Khan), most known as the eponymous character’s father in “Madhumati” and the hapless Brigadier in that grim war film “Haqeeqat” (1964), Amjad Khan was drawn into acting early.

He had an uncredited role as a child artiste in offbeat romantic fantasy “Nazneen” starring Madhubala, Nasir Khan (the younger brother of Dilip Kumar) and his father. He was then seen in Kishore Kumar’s crime thriller “Char Paise” and Raj Kapoor-produced “Ab Dilli Dur Nahin” where he again played a minor role. His first adult film appearance was again in an uncredited bit part as a street criminal in the Dev Anand-starrer social drama “Maya”, where he again shared screen space with his father who plays the ruthless gang boss.

Amjad Khan was seen next onscreen in a war film – “Hindustan ki Kasam” where he plays a Pakistan Air Force officer befriended by an Indian spy on a mission, before “Sholay” came his way. Incidentally, his selection, performance, and reception are a tale with plenty of twists and turns.

Writing the character, Javed Akhtar remembered a youth he had seen in a play nearly a decade back and thought he would fit. He told his screenwriting partner, Salim Khan, who knew Amjad Khan’s father, and it was then Salim Khan who ran into Amjad Khan one day and took him to meet director Ramesh Sippy.

As the story goes, Sippy was resting in a room when Amjad Khan entered, and just seeing him in silhouette was enough to convince him they had found Gabbar. While the first choice had been Danny Denzongpa, he had pulled out due to scheduling problems while both Amitabh Bachchan and Sanjeev Kumar, on reading the screenplay, wanted the role.

However, during the shooting, Salim-Javed somehow thought that his voice was too weak, he did not radiate the necessary menace and tried to get him changed but this did not happen.

Amjad Khan, who had prepared thoroughly for the role, including a close reading of journalist Tarun Kumar Bhaduri’s rivetting book on the legendary dacoits of the Chambal Valley, learnt of this later and was furious, and never worked with them again. Gabbar Singh became an icon – with his dialogues becoming catchphrases. There are anecdotal reports that “Tera kya hoga, Kaalia?” was a favorite of north Indian policemen.

Amjad Khan was set for fame in Bollywood but his career – and life – nearly came to a premature end in 1976 when he, and his wife, were severely injured in a road accident on the Goa-Bombay highway – and it was Amitabh Bachchan, who signed the consent form for his emergency surgery.

He soon bounced back and in 1977, showcased his histrionic talents when chosen by Satyajit Ray to play the hapless Nawab Wajid Ali Shah in the auteur’s sole Hindi film “Shatranj Ke Khiladi”. Journalist-turned-scriptwriter Javed Siddiqi, who had been roped in for the project, later wrote that when he first met Ray, the legendary filmmaker had made sketches of Amjad Khan in the role of the Nawab.

In the rest of the 1970s and through most of the 1980s, Amjad Khan went from strength-to-strength evoking shudders and chills.

But he also played lovable characters. The foster father of Sanjay Dutt in his debut “Rocky”, the torn Ranvir Singh of “Laawaris”, the generous Bishan of “Yaarana”, among others.

However, Amjad Khan’s 1976 accident had a bad effect on his health, and he succumbed too soon to a heart attack in 1992, depriving movie lovers of a talented actor who could evoke all kinds of emotions.