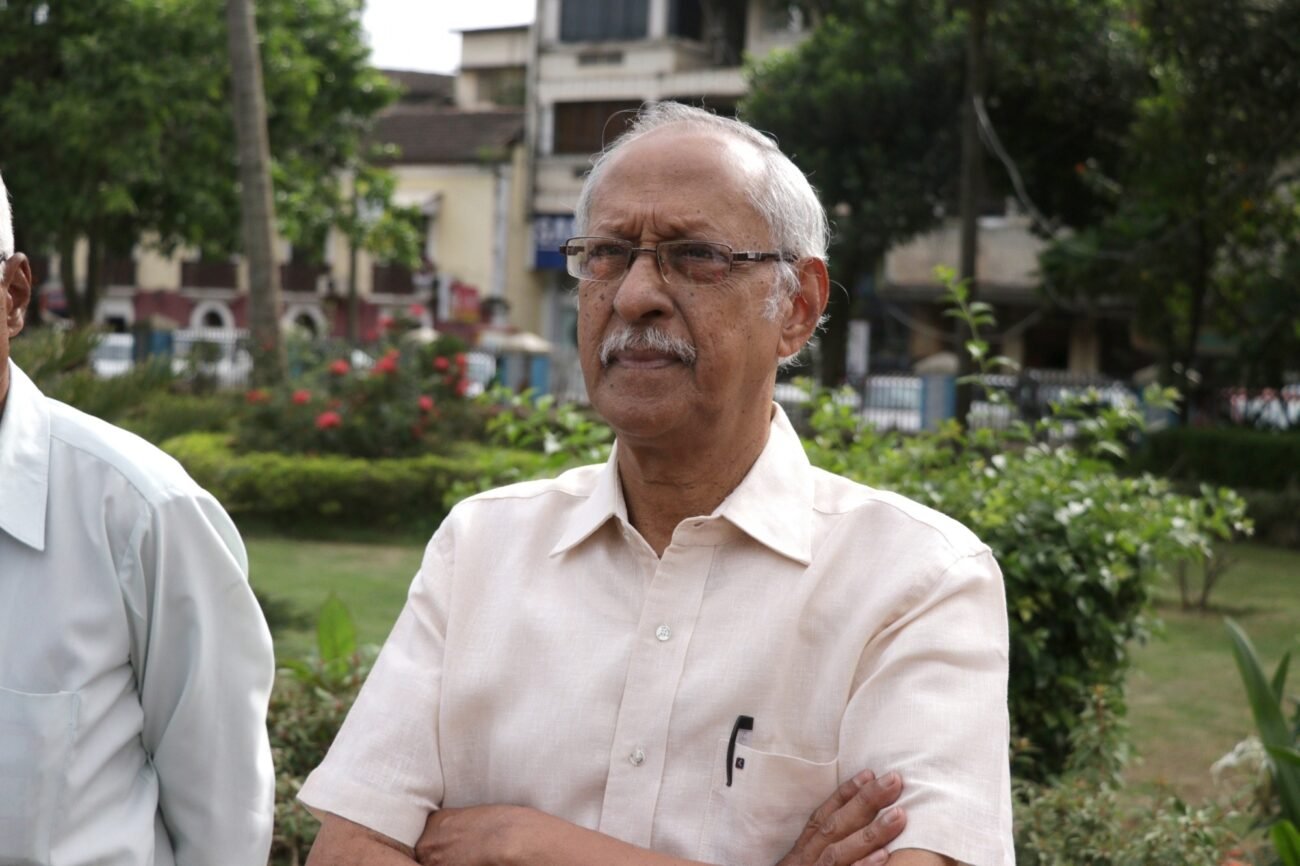 PANAJI, (IANS) – If writers write to please the dispensation and become cheerleaders, then it would be harmful to society, said Jnanpith awardee Damodar Mauzo, also known for championing the cause of freedom of expression.

“We need to respect our diversity. We can’t ignore the fact that many members of the minority community have fought for the independence of our country. We need to work in unity to achieve the progress of India. We will not become ‘Vishwa Guru’ just by raising slogans and giving speeches. The need of the hour is to acknowledge and preserve the supremacy of freedom of expression and stand up for our constitutional fundamental rights,” added Mauzo, who’s best known for his Konkani novel ‘Karmelin’, which won him the Sahitya Akademi Award in 1983.

Known for his progressive writings, Mauzo has been provided with security cover, since 2018, following intelligence inputs from the special investigation team probing the murder of journalist-activist Gauri Lankesh in Karnataka about a threat to his life.

The author said that he is not afraid of fringe elements.”They are cowards who are scared of liberal, progressive and rational fundamentals. I am not afraid of them,” he said.”It is unfortunate that many writers fear to take cudgels against the wrongdoings of those in the dispensation. Such spinelessness can cause a lot of harm to society. We see what is happening in other countries. The forthright voices are muffled by the repressive forces in countries like Mynamar, Afghanistan, Russia and in parts of Europe. We do not want this to happen in our country.

To a question, if it would be right to hold politicians responsible for “the rising religious hatred”, Mauzo said that “it is true and we all know it, though not all politicians are in the same boat. What irritates me is that our elected representatives are leaping from one party to another, where the ideology is totally different, thus betraying the trust of the people. Such chameleon politicians hoodwink the electorate. It is unfortunate that people do not react strongly,” he said.

Mauzo went on to note that freedom of speech has been under attack in the past as well. But, because of consistent pressure from intellectuals, the governments were forced to exercise their prudence.”Of late, however, the government finds that almost all are saleable commodities. This is a dangerous situation for any country, any society. Today, seemingly, the government is misusing the ED, CBI, and other government agencies to quit the voice of people. “It is the responsibility of writers to make people aware of the implications, not through preaching, but through our convincing writings. It does not mean that we must criticize the government on every count. We are also obliged to appreciate the good moves made by the government,” he said, adding that the revocation of Article 370 in Jammu and Kashmir was a good step.

Mauzo, who stays 10 meters away from the railway route from where the coal is transported, said that such decisions by the government have suffocated nature and the environment. “Coal is transported from in front of my house by railway. My newly painted house turned blackish with a layer of coal dust within six months. The plant leaves you will see coated with coal powder. I don’t know how much coal powder has gone into my lungs. Such damage must be prevented.”

Dwelling on freedom of expression, Mauzo said: “As writers, we have a hard time. We find it difficult to find publishers. Writers are hardly compensated, leave aside rewarded. If a good artistic book which may not suit the taste of certain fundamentalists, it is not likely to get a publisher.”

He concluded on a note of hope, saying: “Yet, I am optimistic that we WILL see a better time. We have to be vigilant, alert and brave enough to oppose anything that is not in the interests of society.”