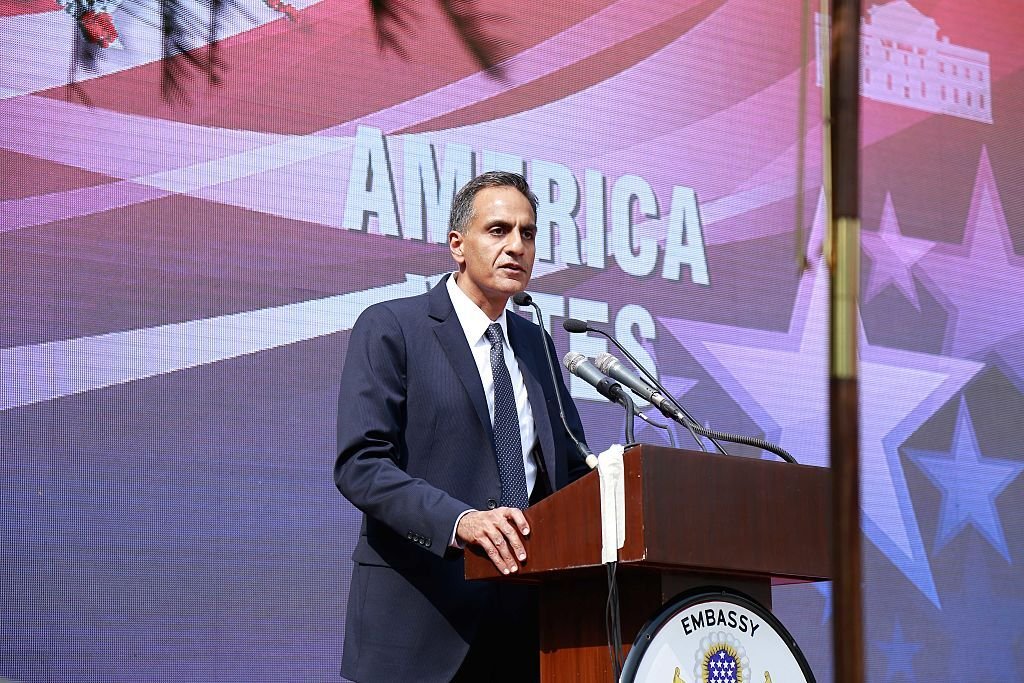 NEW YORK – The Ford Foundation announced Oct. 15 the election of two new members of its board of trustees: Indian American former ambassador Richard Verma, general counsel and head of Global Public Policy at Mastercard; and Laurene Powell Jobs, president of the Emerson Collective.

Verma, who brings international experience across senior levels of government, diplomacy, and law, currently serves as the general counsel and head of global public policy at Mastercard, and was the U.S. ambassador to India from 2014 to 2017. He previously served as assistant secretary of state for Legislative Affairs at the U.S. Department of State and as national security advisor for former Senate Majority Leader Harry Reid. He was also a member of the Weapons of Mass Destruction and Terrorism Commission and a co-author of the commission’s landmark report, “World at Risk.”

Verma is currently a senior fellow at Harvard University’s Belfer Center for Science and International Affairs. He also serves on a number of boards and commissions, including the National Endowment for Democracy, Lehigh University, and the T. Rowe Price corporate board. Verma’s father immigrated from India to the United States in 1963 so he could pursue a master’s degree on a Ford Foundation fellowship.

“The Ford Foundation is at the forefront of the important fights for human rights and global equity, and I look forward to joining in this work,” Verma said, according to a Ford Foundation press release. “At this pivotal point in history, I am honored to have the opportunity to work with respected leaders at Ford to tackle inequality and advance social justice around the world.”

Verma is a U.S. Air Force veteran and is the recipient of numerous military and civilian honors and awards. He holds multiple degrees, including a Ph.D. from Georgetown University and J.D. from American University’s Washington College of Law.

“Laurene is a dedicated and powerful advocate for social justice and her work has shaped transformative change in education, immigration reform, and protecting our planet. Richard is an innovative leader who has spent his career tackling global systemic issues,” said Darren Walker, president of the Ford Foundation. “Our entire organization is fortunate to have their expertise, perspective and passion for change on our board.”

Francisco G. Cigarroa, Ford Foundation Board of Trustees chair, said, “We are honored to have Laurene Powell Jobs and Richard Verma, two experienced and trusted leaders, join the Ford Foundation board of trustees. I look forward to working with them and our existing board members in continuing Ford’s work to challenge global inequality and organize social change.”

Ford Foundation trustees are elected by the full board and serve six-year terms. Trustees set broad policies relating to grant making, geographic focus, investments, governance, and professional standards, and they oversee independent audits. The foundation’s trustees come from around the world and have extensive experience in the worlds of higher education, business and finance, technology, law, government, and the nonprofit sector.

The Ford Foundation is an independent, nonprofit grant-making organization with assets currently valued at $16 billion. For more than 85 years it has worked with courageous people on the frontlines of social change worldwide, guided by its mission to strengthen democratic values, reduce poverty and injustice, promote international cooperation, and advance human achievement, noted the press release. With headquarters in New York, the foundation has offices in Latin America, Africa, the Middle East, and Asia.