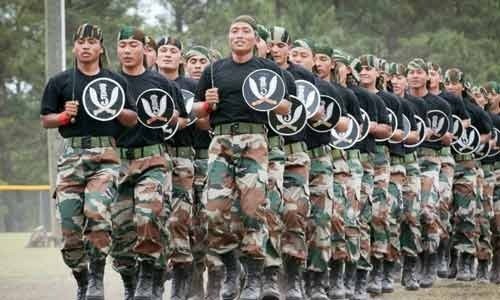 KATHMANDU, (IANS) – The Nepal government is in a fix on whether to allow the Indian Army to recruit Nepali youths under the Narendra Modi government’s newly launched Agnipath scheme of short-term recruitment into the armed forces.

New Delhi has apparently asked Kathmandu’s views on the matter as India’s Gorkha regiment plans to recruit Nepalis, for which tests are scheduled for August 25 in Butwal and September 1 in Dharan.

According to Nepali media reports, the delay in giving a decision has reached to the office of Prime Minister Sher Bahadur Deuba who discussed the matter with Foreign Minister Narayan Khadka and some senior Nepal government officials.

But there is no decision yet on whether to allow India to recruit Nepali youths in the Indian Army or not as 75 percent of those who get selected would have to return home after four years and that could invite huge social costs.

Government officials in Kathmandu have said they were still mulling over the matter saying the Indian government did not discuss the matter with the Nepali side before launching the scheme.

As per the Agnipath scheme announced by the Modi government in India, it will be recruiting 46,000 “Agniveers”.

Upon completing the four-year service, the “Aginveers” will return to society as a disciplined, dynamic, motivated, and skilled workforce for employment in other sectors to pursue their career in the job of their choice, as per the Indian government plan.

The provision will apply to the Gorkha regiment, a dedicated force of the Indian Army that only hires Nepali nationals and Nepali-speaking people.

Some sections in Nepal have raised questions about the Agnipath scheme, saying whether it will violate the Tripartite Agreement between then British, India and Nepali governments signed in 1947 that ensures the recruitment in the Indian Army and ensured equal pay and pension and other facilities on par with Indians.

Some Nepali experts have suggested making this tripartite agreement bilateral with India.