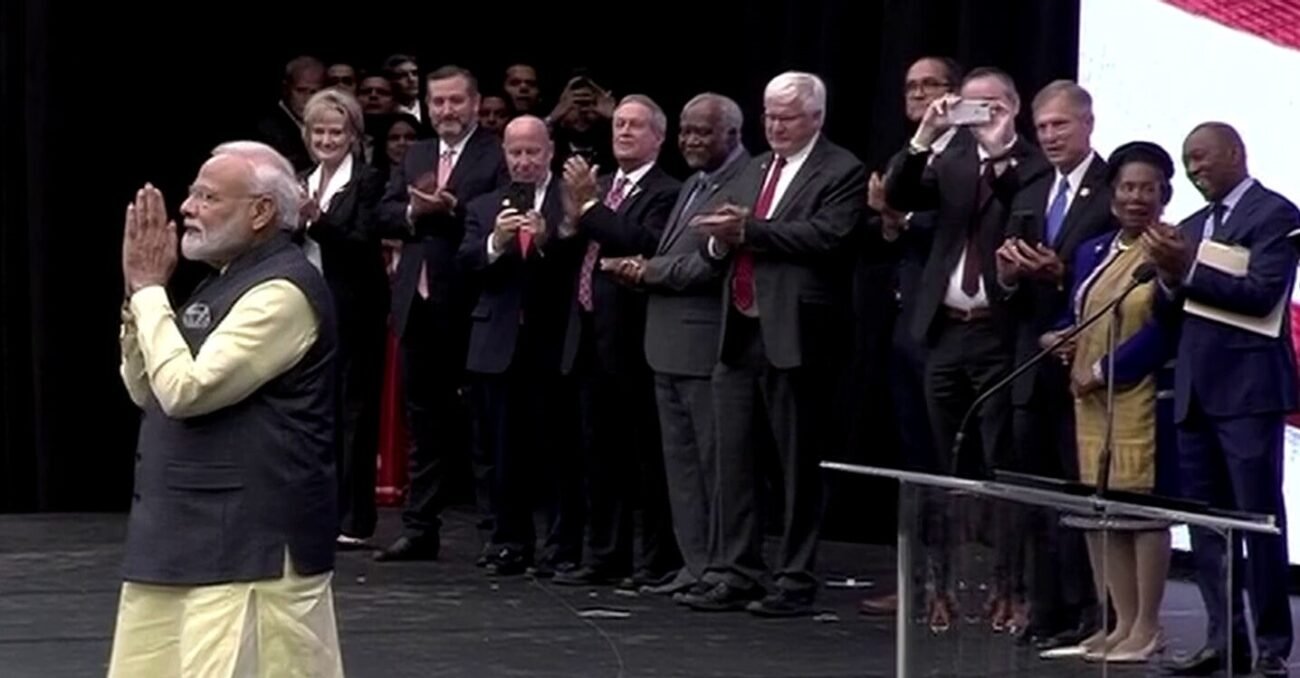 File photo of Prime Minister Modi during his arrival in Houston, Texas, on Sept. 22, 2019, to speak at an event attended by a large number of Indian Americans. (ANI photo)

NEW DELHI/WASHINGTON – Prime Minister Narendra Modi is expected to visit the United States at the end of September.

There is no official confirmation as of now but ANI has learnt that preparations for the visit are underway. A source familiar with developments said the schedule is yet to be finalized and is at a premature stage.

According to the tentative plan, the expected dates for Modi’s visit to the U.S. that are being worked out are Sept. 23-24.

The prime minister last visited the U.S. in 2019 during which he and then President Donald Trump addressed a huge Indian American event in Houston, Texas.

India is a non-permanent member of the UN Security Council and its month-long presidency has just ended. Afghanistan, which has plunged into crisis following the Taliban takeover, will be the key topic at the UNGA this time.

It is learnt that UNGA will be in a hybrid format this year.

There is no official confirmation of the visit so far, however, if it materializes, it will be Modi’s first physical overseas visit and a first in-person meeting with U.S. President Joe Biden.

This would be his first official visit to the U.S. since Biden took office in January this year. Modi and Biden have met virtually at various multilateral meetings like the Quad and G7 meetings.

In Washington, while talking to reporters, Foreign Secretary Shringla indicated that there is a possibility of a Quad meet.

“I mean, look, I can’t comment on that, but the fact of the matter is that if there is a summit, Prime Minister has already said that he would, he would be happy to attend that summit. I think other leaders have also said that they will be ready so it all it’s all a question of, you know, getting the leaders together and going ahead,” he said.

“If the leaders come in they would come because of this (Quad) meeting, as you know the UNGA is this time is a truncated version, it’s a hybrid version. Very few heads of state and government will actually attend it. So, attending that meeting in person is not a great priority. But then again, I mean, it’s a fluid situation so let’s see how that goes,” he added.

Political instability in Japan has also cast a shadow on the proposed Quad meeting. Japanese Prime Minister Yoshihide Suga has said he will not run for party re-election as a leader this month.

Notably, Foreign Secretary Shringla, who is in Washington, has held discussions with several seniors officials of the Biden administration, including Secretary of State Antony Blinken and Deputy Secretary Wendy Sherman.

The U.S. has supported India during the evacuations of its citizens after Kabul fell to the Taliban on Aug. 15