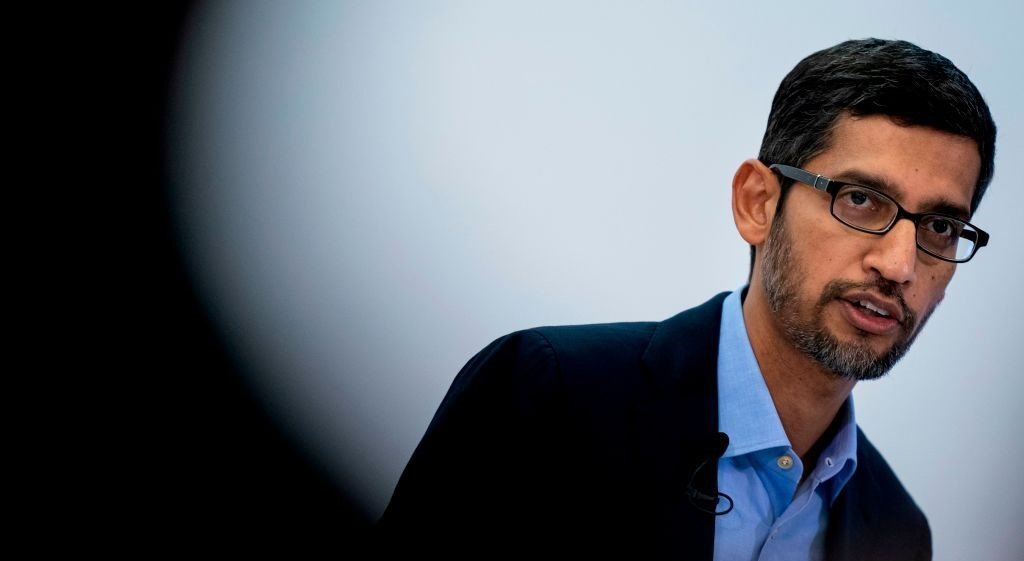 File photo of Google CEO Sundar Pichai, who is a member of the Global Task Force on Pandemic Response. (Kenzo Tribouillard/AFP via Getty Images)

The U.S. Chamber of Commerce May 5 announced the formation of the Global Task Force on Pandemic Response, which includes numerous Indian American company executives.

The public-private partnership will provide immediate assistance to India and will assist in coordinating relief to respond to COVID-19 surges, according to the news release.

The Task Force will coordinate a coalition of corporations, non-profits and individual efforts to organize relief where it is needed most.

The task force is working with the Chamber’s U.S.-India Business Council and the U.S.-India Strategic Partnership Forum to take three immediate actions to help address the COVID-19 surge in India.

Sourcing, shipping and delivering 1,000 Puritan Bennett ventilators desperately needed by healthcare facilities across India. The first ventilators procured by the U.S. Chamber of Commerce Foundation have arrived, with all remaining ventilators expected to arrive by June 3. Medtronic will manufacture the ventilators and handle end-to-end shipping, installation and ongoing and virtual training, the release said.

It is also delivering 25,000 oxygen concentrators to India by the end of May, with transportation support from FedEx, it said.

Additionally, it is creating the chief human resources officer India Action Group to provide ideas and practical information to CHROs to help their people in India.

The Global Task Force on Pandemic Response was launched to provide a unified platform for businesses to mobilize and deliver resources to assist COVID-19 efforts in areas of the highest need around the world, the release said.

Initial efforts will focus on the pressing need for support in India, with more than 400,000 cases reported on May 1 alone. Through its Steering Committee, the Task Force will work to concentrate efforts where corporate support will be most beneficial, with additional countries to be determined in consultation with the U.S. government, the chamber adds.

The Global Task Force is working in close collaboration with U.S. and Indian government officials to share information and coordinate efforts. This includes regular briefings with the Modi and Biden Administrations, U.S. Congress, U.S. State Department and the U.S. Agency for International Development.