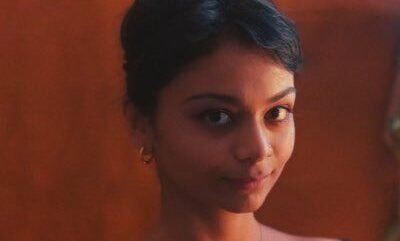 Indian American screenwriter/director Urvashi Pathania is among five writers who have been selected to receive the 2020-21 Black List and Google Assistant Storytelling Fellowship.

The fellowship will provide financial and creative support in the development and execution of a new original feature film script or pilot that highlights contemporary stories and perspectives from historically underrepresented communities.

Each of the five fellows will be awarded $20,000 with the purpose of supporting themselves for six months as they work to draft their new feature screenplays and/or teleplays. During the course of those six months, the Black List and Google Assistant will also pair each fellowship recipient with a screenwriting mentor.

Pathania, who emigrated from Mumbai to Princeton, New Jersey, in middle school, began creating films in her video production classes as a way to connect with classmates and share her experiences about being an immigrant, according to the Hollywood Reporter.

“The films she makes are for her parents and immigrant parents everywhere – to show their stories matter,” it said.

She received a bachelor’s degree in film studies from Columbia University. Upon graduation, she worked on the sets of feature films and made a documentary series examining LGBTQ South Asians living in America.

After receiving an M.F.A. in film production from the University of Southern California, Los Angeles, she wrote and directed the short film, “Unmothered,” about an Indian American woman who travels to India to immerse her mother’s ashes in holy water. There, a series of mishaps reveal the family she took for granted and the secrets they keep.

Pathania, who is interested in stories about gender, sexuality, and postcolonialism, is currently a writing fellow in Lena Waithe’s inaugural mentorship lab.