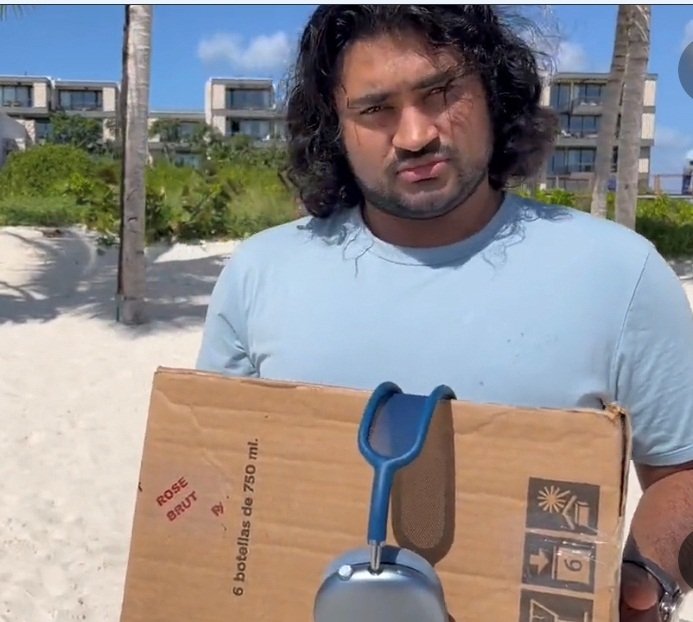 SAN FRANCISCO, CA (IANS) – There is no stopping prankster Rahul Lingma, who became a social media sensation after posing as a fired Twitter employee in front of its headquarters.

Ligma has now been spotted carrying a box with office stuff as a sacked employee of beleaguered crypto exchange FTX in the Bahamas.

In a new video, Ligma is seen standing at a beach with an office box, posing as a laid-off worker of FTX, a crypto company that is in deep trouble after leading cryptocurrency exchange Binance backed out of its acquisition deal.

“It is really tough as this is my second job in a month (after Twitter). After Web 2.0 spit me out, I just really thought that Web 3.0 was going to be different. But it is not,” Ligma said, jokingly.

“I’ve been out of my Twitter job and just moved my ‘husband and wife’ here in the Bahamas. And you know, everything just changed so quickly,” he chuckled.

Binance on November 10 took a U-turn on acquiring its rival FTX, saying it was backing out of the deal after reviewing the company’s finances, leading to further fall in major cryptocurrencies.

Crypto exchange FTX Founder and CEO Sam Bankman-Fried told investors that he needed emergency funding to cover a shortfall of up to $8 billion due to withdrawal requests received in recent days.

Ligma said he really does respect Sam as he “really tried to maximize his altruism”.

Last month, as Elon Musk fired 50 percent of Twitter’s workforce, Ligma with another man was seen carrying boxes outside the entrance of Twitter’s San Francisco headquarters, claiming they have been laid off by Musk.

Ligma identified himself as a software engineer at Twitter, who later turned out to be someone whose name does not even exist in Twitter’s Slack or email system!