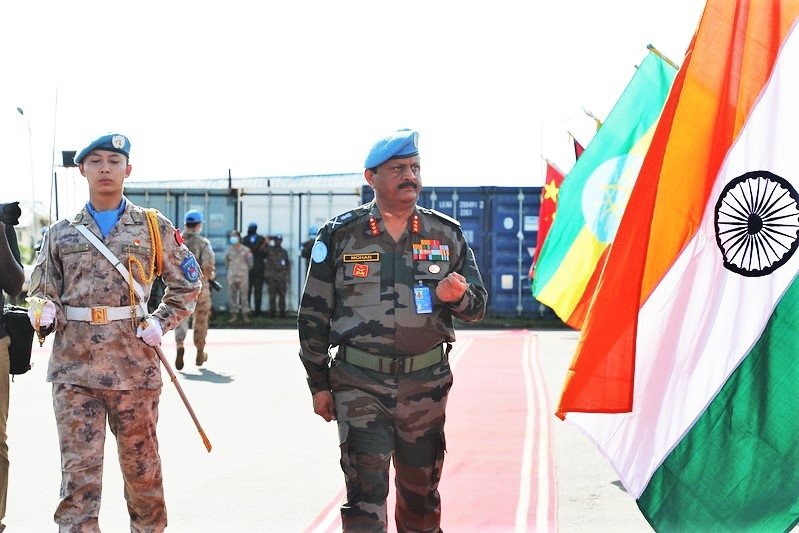 NEW YORK, NY (IANS) – Lieutenant General Mohan Subramanian of India has taken over the command of the UN’s peacekeeping mission in South Sudan, the largest of its 13 operations.

“It is a privilege to have the opportunity to serve for sustainable peace in the world’s youngest country, South Sudan, by leading diverse military peacekeepers in the world’s largest peacekeeping mission,” he said in Juba on August 29.

He was given a guard of honor by troops from India, China, Nepal, Bangladesh, Rwanda, and Ethiopia as he succeeded another Indian, Lt Gen. Shailesh Tinaikar.

He took charge from Major Gen. Main Ullah Chowdhury of Bangladesh, who was the interim commander.

This is Subramanian’s second tour with the UN, having served in Sierra Leone as a staff officer with the mission in 2000.