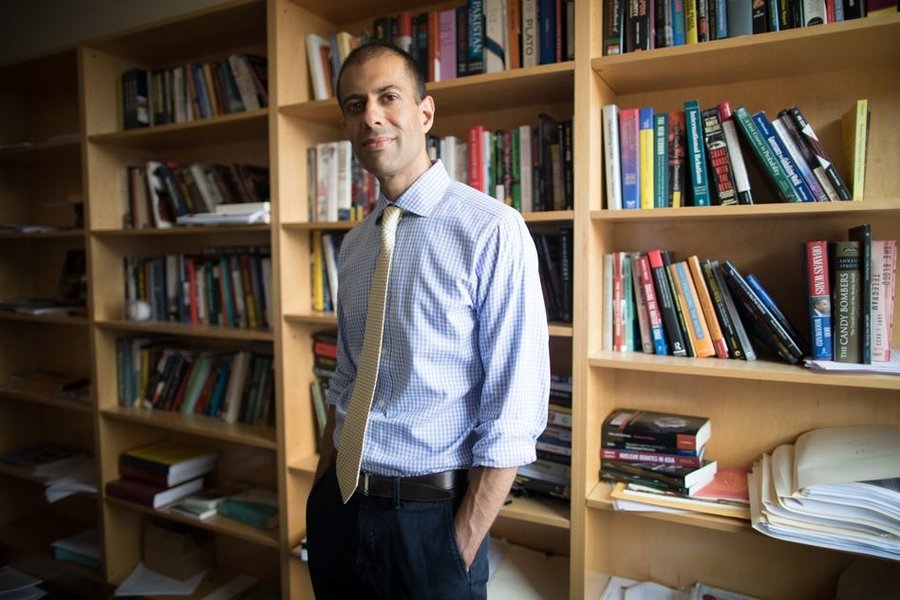 WASHINGTON, DC – “Some professional news: I am taking a public service leave from MIT. Today, I was honored to be sworn in as Principal Deputy Assistant Secretary of Defense for Space Policy, which now includes nuclear, cyber, and missile defense policy. Very excited and humbled to work at OSD/P,” tweeted Vipin Narang on Mar.28

The Indian American is the Frank Stanton Professor of Nuclear Security and Political Science and member of the Security Studies Program at the Massachusetts Institute of Technology and is well regarded for his research on nuclear weapons, conflict, and proliferation. At the Department of Defense, he will look after Pentagon’s space war-fighting policy.

The California raised Narang has a masters degree in chemical engineering from Stanford University, an M Phil with Distinction in international relations from Balliol College, Oxford University, where he studied on a Marshall Scholarship and a doctorate from Harvard University.

He is the son in law of the Indian politician and former minister Mani Shankar Aiyar.

Narang is the author of two books, ‘Nuclear Strategy in the Modern Era’ and ‘Seeking the Bomb: Strategies of Nuclear Proliferation.’