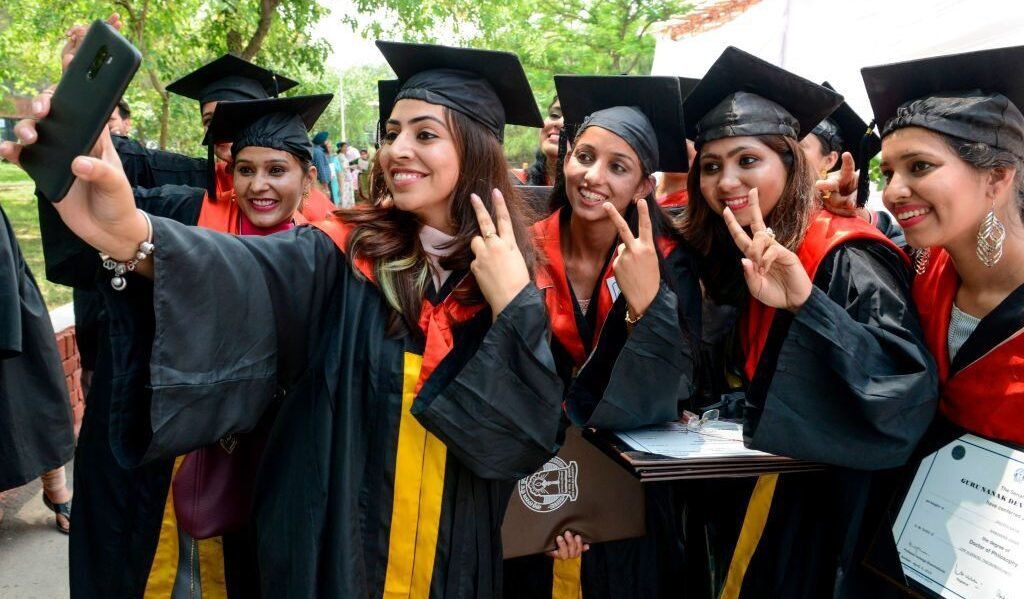 International students contributed $38.7 billion to the U.S. economy during the 2019-2020 academic year, supporting approximately 415,000 jobs, said 150 colleges in an amicus brief to the DC Court of Appeals, which is hearing a case on the Optional Practical Training program. (Representational image of Indian students/Narinder Nanu/AFP via Getty Images)

An amicus brief was filed June 21 by more than 150 colleges and universities across the U.S., urging the DC Court of Appeals to preserve the Optional Practical Training Program, which allows international students to temporarily work in the U.S. after they have graduated, to gain practical training related to their fields of study.

The OPT program grants international students with F-1 visa status the ability to gain up to 12 months of real-world work experience in their field of study, either during the academic coursework, or after receiving their degrees. Between 2004 and 2016, nearly 1.5 million international students and graduates of U.S. colleges and universities participated in the program.

The brief cited research by NAFSA: Association of International Educators, which reported that international students contributed $38.7 billion to the U.S. economy during the 2019-2020 academic year, supporting approximately 415,000 jobs. The brief also noted research by Business Roundtable which concluded that ending the OPT program would lead to 255,000 fewer jobs held by U.S- born workers.

In Washington Alliance of Technology Workers v. U.S. Department of Homeland Security, the court is considering whether to strike down both OPT and an expansion of the program called STEM OPT.

The appellants filed the initial lawsuit more than a decade ago, arguing in part that Homeland Security does not have the authority to grant work authorization to F-1 students for OPT.

A federal district court judge ruled in favor of Homeland Security in November 2020, finding that the department has the legal authority to allow international students and graduates to work in the U.S. under OPT.

The DC Court of Appeals is now considering an appeal of this decision by the Washington Alliance of Technology Workers. If the appeal were to succeed, both OPT and STEM OPT could end.

“[OPT] is a longstanding government program that permits international students to continue, and deepen, their education by applying the skills and knowledge they learn in the classroom to a professional setting,” argued the colleges in the brief.

“Without OPT the education that international students will receive in the United States will be less robust, and the ability of American colleges and universities to attract and educate the best and brightest from around the world will diminish. The consequences of ending OPT for students, schools and the economy at large will be severe,” the brief continued.

The institutions that joined the amicus brief are members of the Presidents’ Alliance on Higher Education and Immigration, which coordinated the brief along with NAFSA: Association of International Educators.

During a Congressional hearing July 13, Rep. Tom McClintock, R-California, argued that the OPT program takes jobs away from U.S. graduates. “Under the OPT program, employers don’t have to pay payroll taxes if they hire foreign nationals here on student visas for 29 months after graduation. If you know a college graduate who has a science, technical, engineering or mathematics degree who can’t find an entry level job, you need look no farther than this discriminatory program,” said the congressman.

Madeline Zavodny, an economics professor at the University of North Florida and a former economist at the Federal Reserve Bank of Atlanta, examined nearly a decade’s worth of data on the Optional Practical Program and found no adverse effects on U.S. workers. “There is no evidence that foreign students participating in the OPT program reduce job opportunities for U.S. workers,” she said, in an interview with Forbes magazine.