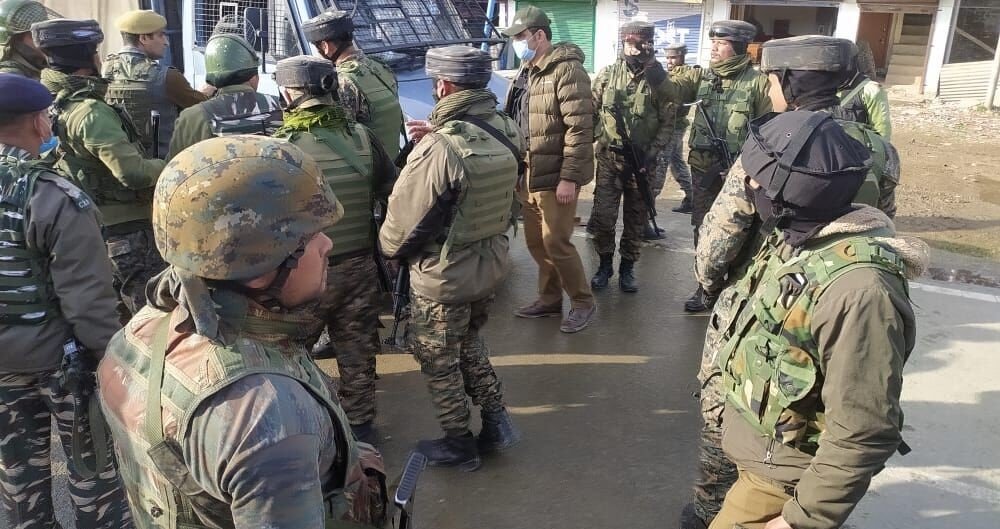 Two CRPF personnel were killed and two others were injured after terrorists opened fire on a vehicle of the paramilitary forces at Lawaypora, on the outskirts of Srinagar, Kashmir. (IANS photo)

Militants sprayed bullets from two sides toward an armored vehicle carrying soldiers on patrol in the outskirts of the region’s main city of Srinagar, said Kishor Prasad, a top Indian paramilitary officer. He described it as a “hit-and-run attack.”

Paramilitary spokesman Om Prakash Tiwari said two soldiers were killed and two others injured, one critically, in the attack.

Reinforcements of counterinsurgency police and soldiers began searching in the area for the attackers.

The soldiers were part of one among multiple patrols guarding a crucial highway where hundreds of security vehicles pass every day.

No rebel group immediately claimed responsibility for the attack. Rebels have been fighting against Indian rule since 1989.

Both India and Pakistan claim the divided territory of Kashmir in its entirety. Many Muslim Kashmiris support the rebel goal that the territory be united either under Pakistani rule or as an independent country. Tens of thousands of civilians, rebels and government forces have been killed in the conflict.

New Delhi describes the Kashmir militancy as Pakistan-sponsored terrorism. Pakistan denies the charge, and most Kashmiris consider it a legitimate freedom struggle.