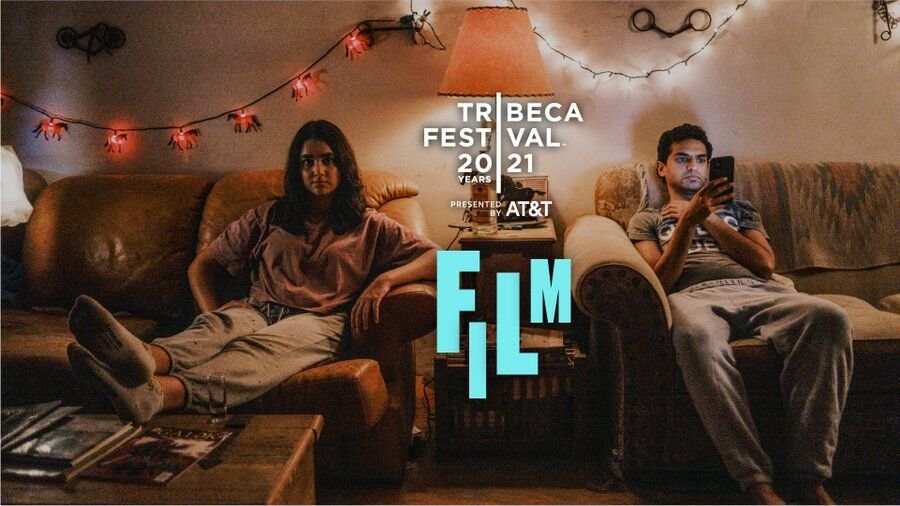 7 Days,” starring Karan Soni and Geraldine Viswanathan, is also on the lineup of the prestigious festival. The film is directed by Indian American physician and screenwriter Roshan Sethi. (Tribeca/Twitter photo)

Starring Indian American talents, a classic coming-of-age story, “India Sweets and Spices,” and a Covid-themed comedic feature, “7 Days,” will be screened at the 2021 Tribeca Festival, which runs June 9-20 in New York City.

“7 Days,” starring Karan Soni and Geraldine Viswanathan, centers on Ravi (Soni) and Rita (Viswanathan), two Indian Americans who are set up on a pre-arranged date by their old-fashioned Indian parents. The duo seems to have nothing in common. He’s conservative and clearly nervous, while she’s doing her best to politely keep on smiling. But then the unthinkable happens: As the COVID outbreak intensifies, the shelter-in-place mandate is issued, forcing Ravi to spend the night at Rita’s place. Before long, he sees that she’s not the straightlaced girl she initially pretended to be. As their time stuck together stretches towards a full week, though, Ravi and Rita develop an unlikely bond.

The film is directed by Indian American physician and screenwriter Roshan Sethi. It is executive produced by Mark Duplass, Jay Duplass, Sethi, Soni, and Viswanathan.

The romantic comedy is co-written by Soni and Sethi, who began writing as a student at Harvard Medical School and co-created Fox’s “The Resident” while finishing his residency. He co-wrote (with Hayley Schore) both a miniseries on Sally Ride for Sony and a film titled, “Call Jane,” with Elizabeth Banks that’s currently shooting.

“7 Days” screened June 10 at Brooklyn Commons at MetroTech but will be available for streaming on demand June 11-23.

In the film written and directed by Indian American Geeta Malik, a college freshman Alia Kapur (Sophia Ali), returns home for the summer and confronts her parents’ values in order to understand her own evolving identity. Discovering secrets and lies in her parents’ past that make her question everything she thought she knew about her family, the film’s protagonist encounters Gupta’s Bhairavi Dutta, the new owner of the neighborhood’s South Asian grocery store, India Sweets and Spices.

Her character was an activist for women’s rights before emigrating to the U.S. If there is anyone who can enlighten young Alia on what it was like in her parents’ home country and what is achievable now, it’s Bharavi, very much the boss who evolves to be the moral center of the film. In fact, through her character, the mother-daughter duo at the center of the picture find their true selves connecting for the ultimate payoff.

The film will screen June 12 at Waterfront Plaza at Brookfield Place, Battery Park City, and will remain available to stream on demand from June 13 through June 23.

Malik is an award-winning writer and director whose accolades include the inaugural Academy Gold Fellowship for Women and the Academy Nicholl Fellowship.

Gupta holds two MFA degrees which paved the way toward distinctive appearances in the last couple years, including the critically lauded “High School Musical: The Series” (Disney Channel) and “The Politician” (Netflix).

One of the most in-demand voices in audio books, Gupta is about to start work on one of the most anticipated fall series, “Kung Fu Panda,” from Dreamworks Animation.