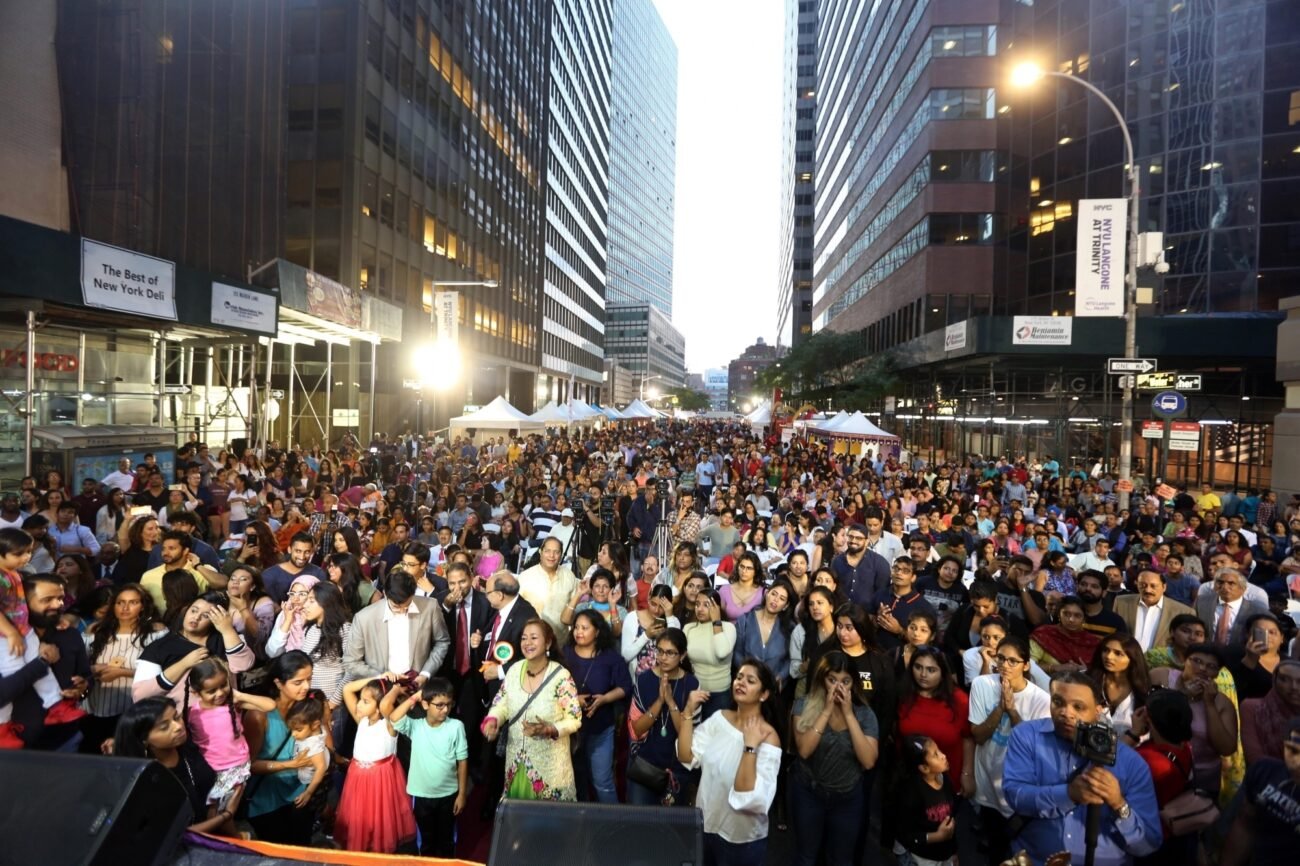 WASHINGTON, DC (IANS) – Assertive Hinduism was the most visible US import from India in 2022, courtesy of the Indian American community.

An event to commemorate the 75th anniversary of Indian Independence at the  Capitol was turned into a celebration of their Hindu faith by organizers and attendees as group after group lustily chanted “Jai Sri Ram”.

A bulldozer rolled along a parade organized by a separate bunch of Indian Americans in New Jersey, in an unmistakable nod to its emergence as a symbol of the oppression of minorities in India.

The backlash continues to this day, with a coalition of Muslims, African Americans, and civil rights groups calling for the US authorities to investigate its organizers, which included the Overseas Friends of BJP.

Some Hindu Americans have been quietly promoting their faith and cultural accouterments for decades. Vishwa Hindu Parishad America, for instance, was founded in 1970 to, in the words of its website, “preserve, promote and practice those great universal and eternal values which were discovered and practiced by the Sages of Bharat”.

But this in-your-face Hindu assertion is new and has surprised and embarrassed moderate sections of Hindus. “I was shocked by the naked display of this Hindu assertion at the US congress event,” said one of the people who attended, speaking on condition of anonymity to be able to express his views freely.

Congress, incidentally, was a favored venue for many of these public displays of assertive Hinduism.

One of the events was hosted by a group of prominent Indian Americans who said they were disappointed by the Indian government’s refusal to offer a robust criticism of Russia’s invasion of Ukraine and, they further argued, they did not want to take the backlash they suffered on behalf of the Indian government.

These events were also motivated by a desire to project Hindu Americans as a political force in US politics, which was cited as a reason by the organizers for hosting at the Capitol, to deliver the message directly to lawmakers.

India-born immigrants continued to feel a strong link with their country of origin, but the second generation of Indian Americans feel less committed to this political part of their heritage — they feel they are American, born and raised in the US unlike their parents, uncles, and aunties.