HomeAmericasPolitics2022: Khalistan Issue A Major Irritant Between India And Canada

2022: Khalistan Issue A Major Irritant Between India And Canada 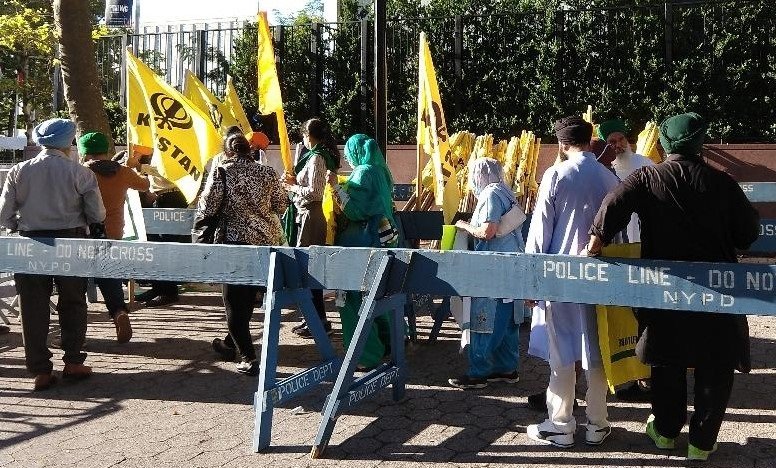 2022: Khalistan Issue A Major Irritant Between India And Canada

TORONTO, (IANS) – The Khalistan referendum – held in September and November – became a huge irritant in India-Canada relations in 2022 and a major point of friction in the Indo-Canadian community as pro-Khalistan and pro-India supporters clashed in the Greater Toronto Area.

India called the referendum a “farcical exercise held by extremists and radical elements” and asked Canada for “action in this matter.” In a rare travel advisory, New Delhi urged travelers to Canada to be cautious about the possibility of anti-India violence in Canada.

Canada said it supports India’s integrity, but it won’t stop the referendum as its citizens were free to protest.

Though Ottawa is trying to warm to India as outlined in its recently announced Indo-Pacific Strategy in which it calls India “a critical partner in Canada’s pursuit of its objectives under this strategy,” Khalistan will continue to be a major issue in India-Canada bilateral relations in 2023 and beyond.

“Though one can agree with Canada’s stand that it cannot stifle free expression, the fact remains that Khalistani activities are a direct interference in India’s internal affairs because most pro-Khalistani elements are now Canadian citizens with Canadian passports. For India, they are foreigners and Canada must rein in them,” said a Brampton-based Indo-Canadian leader, requesting anonymity.

Top Indo-Canadian politician and former Canadian health minister Ujjal Dosanjh thinks that the Khalistan movement is virtually dead but some elements in Canada are trying to keep it alive with the support of Pakistan.

“My sense is that the Khalistan movement is almost dead. Now it is more about Pakistan keeping it alive by supporting these elements,” said Dosanjh who has been a fierce critic of Khalistanis in Canada.

In this dying movement, he says, these elements will do anything to stay in the limelight.

“India is too sensitive about what happens in the diaspora. By making high-level statements, it is infusing life into a dying movement. This is what Khalistani elements want,” said Dosanjh.

Brampton-based veteran Punjabi journalist Balraj Deol, however, notes that India must toughen its stand in dealing with Canada on this issue.

“Khalistanis have lobbies in all political parties and in the government here. Their religious parades are nothing but political muscle flexing and politicians for them. All this won’t stop.” The Khalistan issue will always remain an irritant between India and Canada, he said.