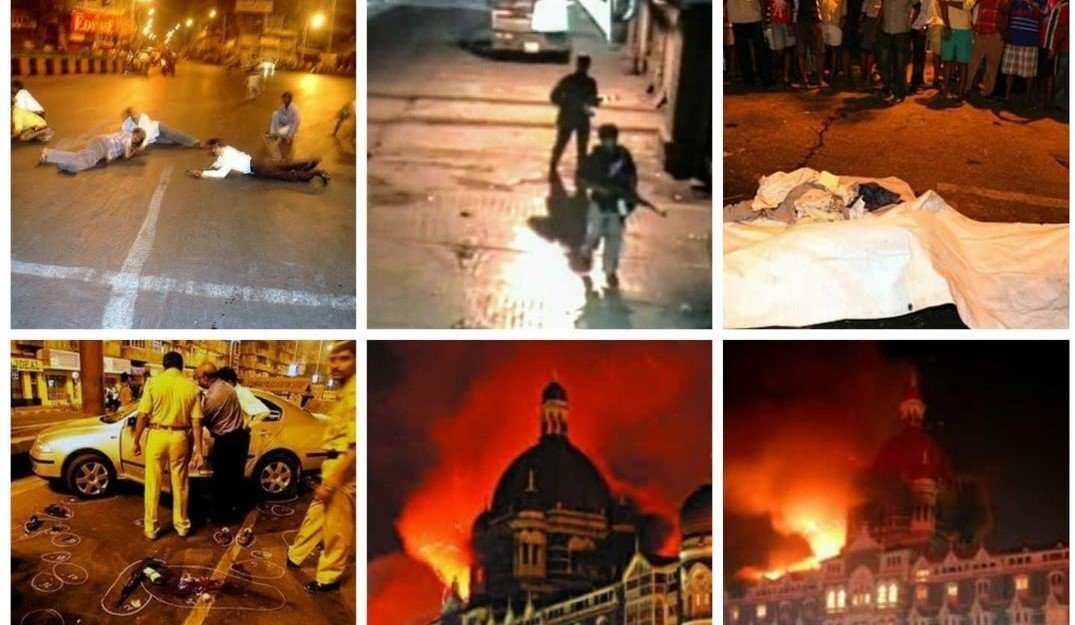 Pictures recall the horror of the 26/11 Mumbai terror attacks. (photos via IANS/Instagram)

ISLAMABAD (IANS) – Nov. 26, 2021 will mark the 13th anniversary of the worst ever terror attack in India, which changed the dynamics and relationship between India and Pakistan for an indefinite time.

Today, as India looks towards Pakistan and demands punishment to the culprits, Pakistan continues to deny all the allegations.

In November 2008, 10 terrorists entered into India from Pakistan via the sea route and opened fire indiscriminately, targeting multiple important locations in Mumbai. The multi-targeted attacks killed at least 166 people, including at 18 security personnel besides injuring several others.

Since then, India has been claiming that the terrorists were members of Lashkar-e-Taiba and the attacks were masterminded from Karachi.

India has backed up its claims by sharing dozens of dossiers with Pakistan, demanding action against the terror groups and its leaders, including Hafiz Muhammad Saeed and Zakiur Rehman Lakhwi, who they say were the masterminds behind the attacks.

Pakistan, on the other hand, has been rejecting India’s claims, stating that the members of the proscribed organizations have been probed by Pakistani courts, which have repeatedly given a clean chit to them, that too after consideration into the dossiers that India claimed had irrefutable evidence.

While Pakistan has been maintaining that the matter is being heard and investigated by the Pakistani courts, any decision on it would have to come from the courts, which it insists require evidence to back the claims of involvement of the individuals and the Pakistani military establishment.

Over a decade after the ghastly attacks, memories of the day still haunt the families of those who lost their lives.

It will not be wrong to say that 26/11 Mumbai terror attacks changed the overall approach of both countries towards each other, as India accused Pakistan, while Pakistan continued to reject all the accusations.

Both countries have now drawn a red line, demanding prior steps to see through the possibility of any opportunity for both to sit across the table and negotiate.

Pakistan keeps the Kashmir dispute on top of its agenda, while India demands punishment for the masterminds of the 26/11 terror attacks as its top priority.

Both Pakistan and India, since 26/11, have seen bloody clashes along the Line of Control and the working boundary, while both sides have accused each other for supporting, harboring and facilitating militant outfits to carry out terror activities in each other’s countries.

With no hope of any normalcy between the two nuclear-powered neighbors, and with both sides refusing to take the first step towards confidence building, those who lost their loved ones continue to await justice.