HomeArts/Books71 Paintings Reveal Life Of Women Around Bay Of Bengal

71 Paintings Reveal Life Of Women Around Bay Of Bengal 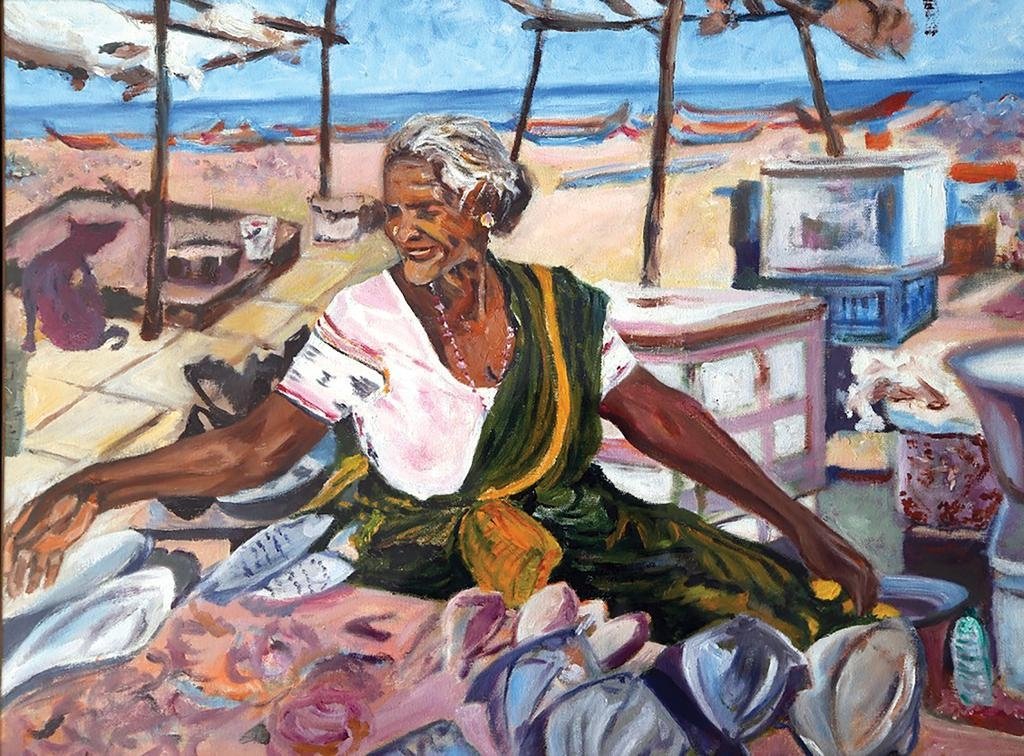 71 Paintings Reveal Life Of Women Around Bay Of Bengal

KOCHI, (IANS) – A book ‘Waves of Art’, which is a part of an artistic campaign launched by the Bay of Bengal Program (BOBP), reveals the work of 52 artists from four countries. Artists, who have taken part in this venture, are from India, Sri Lanka, Bangladesh, and Maldives.

The book has 71 lively artworks explicitly sketching the status and conditions of female workers, bringing forth both the miseries and power of the women in the fisheries sector of the countries bordering the Bay of Bengal.

BOBP, is an intergovernmental fisheries advisory body aimed at highlighting the roles played by women, including their issues and achievements in aquaculture and fisheries in South Asia.

The artistic representation grabbed the attention of many stakeholders and the public while the artists assembled to draw their paintings during the 8th Global Conference on Women in Aquaculture and Fisheries (GAF8) held in Kochi recently.

The book has a collection of works representing women’s unending battle with odds to make a living, poor working conditions posing risks of health issues, determination, and strength to fight for empowerment, and power to conquer success — blending reality in the sector.

The drawings throw light on women multitasking to tide over misfortune and engaging in community and resource conservation.

The backbone of many coastal households, women are also represented as real warriors and powerful individuals in mainstream life.