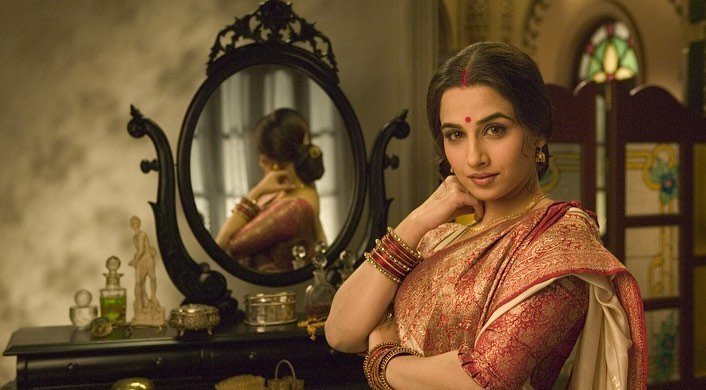 MUMBAI, (ANI) – Vidya Balan is considered one of the most versatile actors in the Hindi film industry. She got the Padma Shri award in 2014 for her contributions to the film industry. Since making her big Bollywood debut in 2005, till now she has delivered some outstanding performances in her career. Vidya turned a year older on January 1.

This romantic musical film, helmed by Pradeep Sarkar, was based on Sarat Chandra Chattopadhyay’s 1914 Bengali novel of the same name and starred Vidya Balan, Saif Ali Khan, and Sanjay Dutt play pivotal roles in this film. Rekha, a veteran actress, had a cameo appearance in the film. Vidya marked her Bollywood debut with ‘Parineeta’ and received huge critical and public acclaim for her performance in the film.

Helmed by Priyadarshan, the psychological thriller film was released in the year 2007 and she starred alongside Akshay Kumar, Ameesha Patel, and Shiney Ahuja. Her lead role was declared a blockbuster hit. Vidya’s portrayal of Manjulika in the film blew the minds of critics and audiences and she received a lot of appreciation for her performance.

Vidya Balan received a National Award for her performance in the biopic ‘The Dirty Picture’ which was based on the life of Tamil actor Silk Smitha. Helmed by Milan Luthria, the film also starred Emraan Hashmi, Naseeruddin Shah and Tusshar Kapoor in prominent roles and was declared a blockbuster hit.

Helmed by Sujoy Ghosh, the thriller film was released in the year 2012 and starred Vidya and Parambratta Chatterjee in the lead roles and was declared a super hit. In the film, Vidya portrayed the role of a pregnant woman looking for her missing husband during the festival of Durga Puja.

Released in the year 2017, the comedy-drama film was helmed by Suresh Triveni and starred Vidya and actor Manav Kaul in the lead roles. The ‘Sherni’ actor portrayed the role of a housewife who turned into a radio jockey for a late-night relationship advice show. The film was both a commercial and critical success and Vidya received a lot of appreciation from the audience for her performance in the film.

She will soon be seen in ‘Neeyat’ and another untitled movie directed by Shirsha Guha Thakurta.