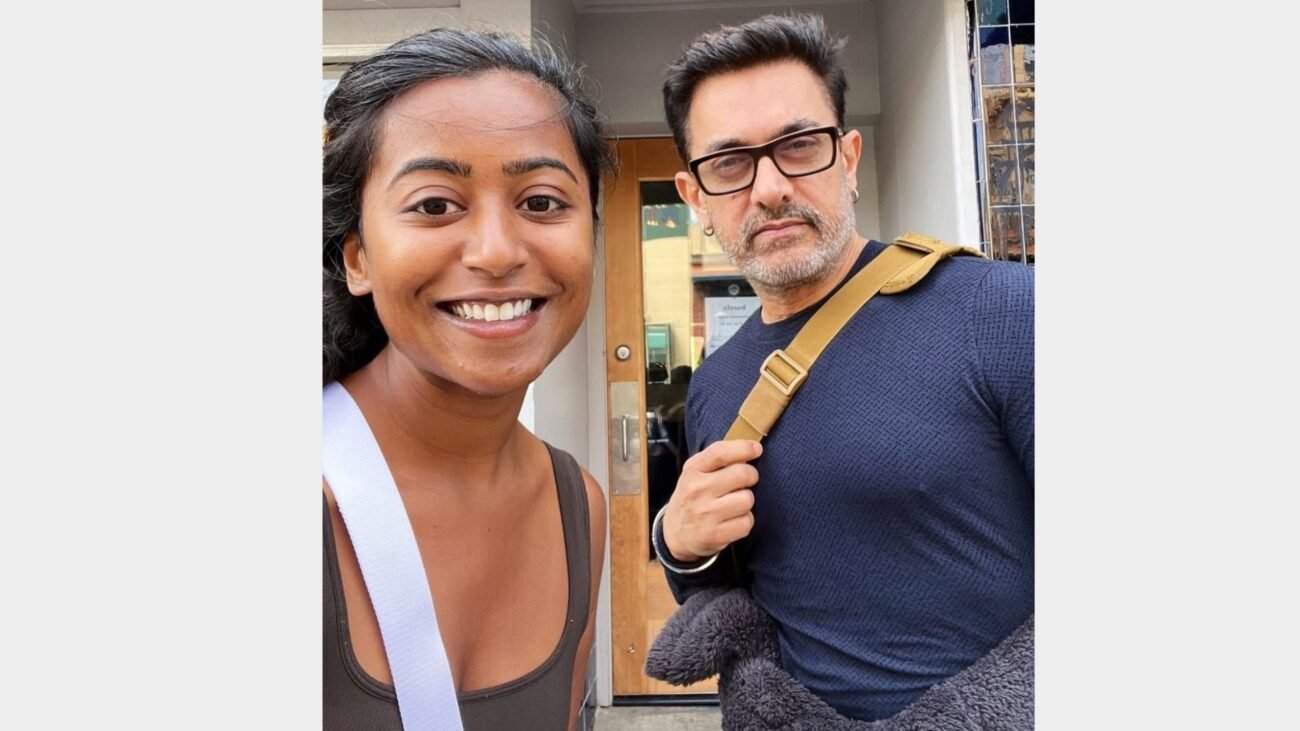 A picture of Aamir doing the rounds on social media a fan named Natasha on Twitter, where the two are seen posing for a selfie.

In the image, Aamir is seen flaunting a salt and pepper look. He looks dapper dressed in a navy blue full sleeved T-shirt. He has a sweater tied around his waist and is seen carrying a beige-colored cross bag. He kept it casual and completed his look with spectacles.