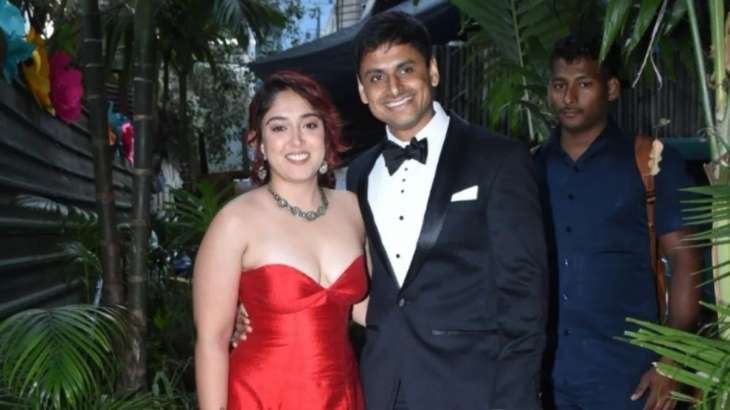 In pictures doing the rounds on social media, Ira Khan can be seen wearing a gorgeous red gown, while her boyfriend Nupur Shikhare can be seen in a black suit.

Shikhare, a celebrity fitness trainer, proposed to Ira Khan a few months ago at one of his cycling events in Italy. The couple, who have been dating for a while now, had shared the video from their proposal.

Aamir Khan recently announced a break from films as he wanted to spend time with his family.