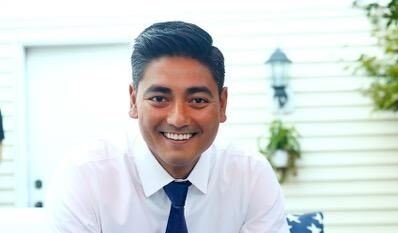 WASHINGTON – The AAPI Victory Fund, a pro-Democratic Party group that mobilizes voters from the Asian American and Pacific Islanders communities, has endorsed Aftab Pureval, an Indian American running for mayor of Cincinnati, Ohio.

Pureval, the son of an Indian father and a Tibetan mother, currently serves as the Hamilton County Clerk of Courts, the first Democrat to serve in that position in more than a century.

Cincinnati, the third-largest city in Ohio, is the seat of Hamilton County government.

He announced his candidacy in January.

In a statement issued March 22, the AAPI Victory Fund said, “Pureval is a necessary progressive voice that has been able to achieve success with Democrats and Republicans alike.”

“As the son of first generation Americans, he has spent his career defending the most vulnerable in his community, including with the FBI to prosecute crimes against children,” it said.

Responding to the endorsement, Pureval tweeted, “I’m honored to be endorsed by the AAPI Victory Fund. Now more than ever, AAPI representation and leadership matters. As Mayor, I’ll lift up all of Cincinnati and make sure we grow equitably.”

According to local media reports, Pureval is expected to face a crowded field of mayoral contenders that includes a number of city council members, a former congressman and several prominent Democrats.

When he ran against the state’s Republican Representative Steve Chabot, Pureval was the first candidate of Tibetan origin to run for Congress. He lost narrowly in the race.