HomeEntertainmentCinemaAayush Sharma Writes on the Passing of Grandpa, the Ex-Minister Sukh Ram

Aayush Sharma Writes on the Passing of Grandpa, the Ex-Minister Sukh Ram 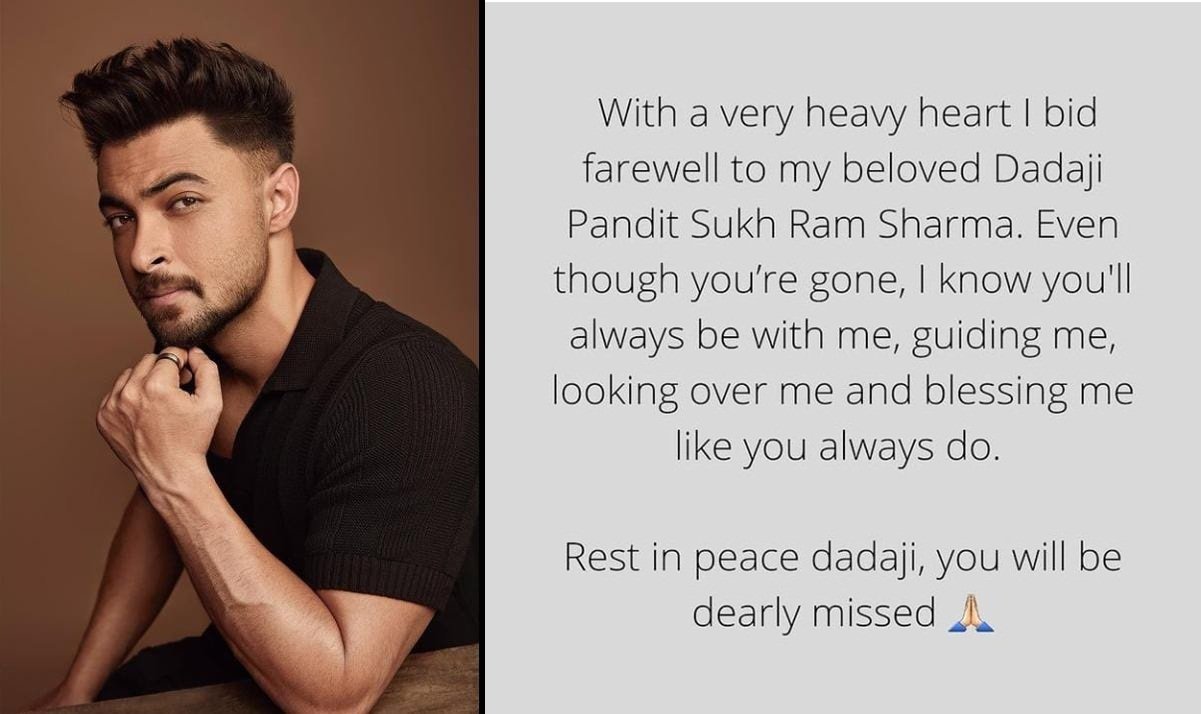 Aayush Sharma Writes on the Passing of Grandpa, the Ex-Minister Sukh Ram

MUMBAI, (IANS) – Actor Aayush Sharma’s grandfather and former politician Sukh Ram died on May 11 at the age of 94 of a brain stroke.

The actor on Instagram shared an emotional note on the demise of his grandfather.

He wrote: “With a very heavy heart I bid farewell to my beloved Dadaji Pandit Sukh Ram Sharma. Even though you’re gone, I know you’ll always be with me, guiding me, looking over me and blessing me like you always do. Rest in peace dadaji, you will be dearly missed.”

He was admitted to Delhi’s AIIMS hospital a couple of days back after suffering a brain stroke. Sukh Ram won five Assembly elections and was thrice elected to the Lok Sabha. Aayush’s father Anil Sharma is currently a BJP MLA from Mandi.