About Boobs: Padma Lakshmi Claps Back At Troller 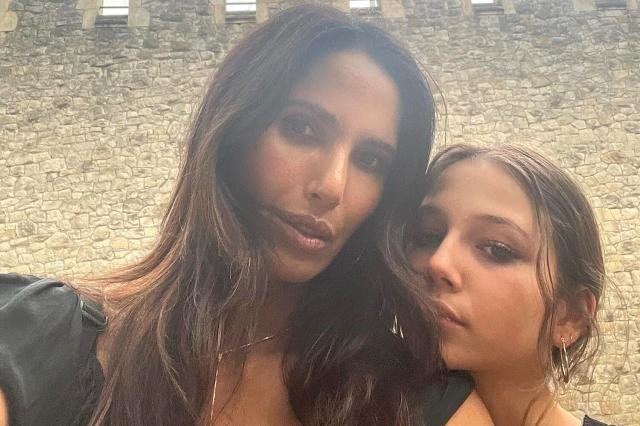 About Boobs: Padma Lakshmi Claps Back At Troller

LOS ANGELES, CA (IANS) – Indian American model, TV host, author, and activist Padma Lakshmi hit back at a follower, who criticized her fun video, which was shared on her Instagram account, of her and her daughter Krishna.

The clip saw the celebrity chef cooking, with her daughter filming her. Her daughter, meanwhile, tried to cover her mom’s chest from the camera’s view as she put one of her hands in front of it.

When Padma asked her daughter what she was doing, the little girl said that she was “censoring”.

To that, Padma jokingly replied, “Censoring my boobs? You ate off those boobs for a good year-and-a-half.”

Further poking fun at the situation, the 52-year-old star wrote in the caption: “Littlehands: ‘cover your boobs’. Also, Littlehands: *zooms in on boobs*.”

Fans in the comments section mostly praised Padma for the witty remarks to Krishna.

Others took issue. “As a mom of four daughters, there’s a time and a place and when it starts making our daughters uncomfortable because we are being objectified, time to take notice,” one person said.

Catching wind of the comment, Padma immediately replied to the individual. “First if all it’s a JOKE,” she defended herself. “And my daughter isn’t uncomfortable with me or my boobs or my posts, nor does she read these comments unless I show her because she isn’t on social media.”

“It’s really not that serious folk,” the Bravo star stressed. The food writer later told the person that her daughter is not on social media because “she has her studies to attend to.”