HomeFoodAbout Other Oil Wars – The Ones We Cook With

About Other Oil Wars – The Ones We Cook With 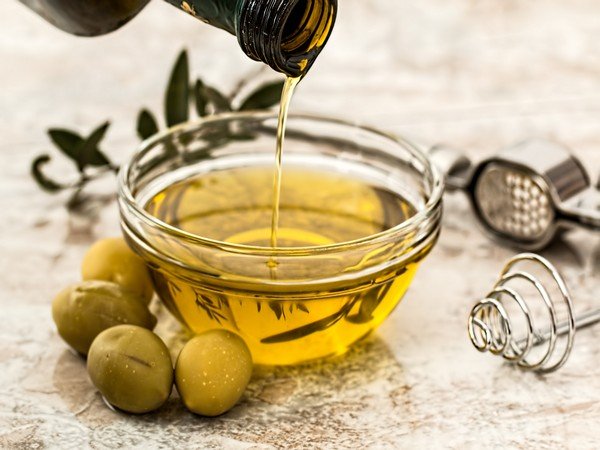 About Other Oil Wars – The Ones We Cook With

The war in Ukraine has sent the oil prices skyrocketing and clouds are gathering on the middle eastern horizon of oil wars in near future. This has distracted our attention from the other oil crisis that is brewing and will impact the lives of many Indians. In recent months, edible oils have hit the headlines in an unprecedented manner.

Tensions rose when Indonesia banned the exports of palm oil on the ground that it was trying to control prices in the domestic market. Incidentally, Indonesia doesn’t depend on palm oil for cooking, but there has been speculation that it is likely to use it to manufacture biofuels. India is the largest importer of Indonesian palm oil and ever since the relationship with Malaysia has encountered unexpected stresses and strains, the import of palm oil from that country has been under a shadow.

Palm oil is an essential ingredient of vanaspati — a hydrogenated blend of various oils that is made to look like ghee. The term — vanaspati– was coined to identify it as faux ghee made not with dairy but with vegetable oils. In the beginning, Vanaspati was made by blending indigenous coconut oil and peanut oil. With the rise in prices of these oils the cheaper substitutes, palm oil became the staple.

Traditionally, Indians in different regions of the subcontinent have used different edible oils that are grown locally. In Punjab and in most of Northern India, mustard oil is widely used. In Bengal, Assam, and Orissa also it is the mustard oil that reigns supreme. In Gujrat, Maharashtra and Rajasthan, peanut oil and sesame oil are widely used. In Tamil Nadu and Andhra Pradesh, as also in Karnataka, sesame and peanut oils are the preferred cooking medium. Kerala marks the divide, where no other oil, but coconut oil, is considered comparable to cook in.

Till a few years back, Indians preferred to use cold-pressed oils produced in a Kolhu, draught animal-driven oil mill. With the mass production of edible oils in large industrial units, these oil mills have become almost extinct. As a matter of fact, the first round of edible oil wars was fought decades back when refined — colorless, odorless — oils were marketed to large Indian and multi-national companies. There was an advertising blitzkrieg to persuade the consumer that the refined oils were far better than the cold-pressed ‘impure’ unrefined oils.

A plus point of the refined oils was that they had no overpowering pungency of taste.They could be used to cook sweets and savories alike. This was when the health concerns were strategically leveraged by industrial oil producers. Hitherto the unknown virtues of sunflower oil, rice bran oil, etc. were trumpeted.

The oil that claimed a large share of the edible oils market was soya bean oil. Soya bean was a crop that the American-Anglo scientist had long propagated as particularly suited to meet the nutritional needs of the Indian vegetarian population.

During the Freedom struggle, Mahatma Gandhi had once considered the soya bean as a potentially useful part of the national diet he was then working on but, he had advised exercising caution before accepting all claims of soya supremacy. When launched, refined soya bean was cheaper than other edible oils and appeared more versatile. Many urban Indians switched from traditionally used oils to attractively packaged and well-marketed refined oils like soya.

Lifestyle columns began spilling over with details about the Mediterranean diet based on the generous use of olive oils that guaranteed exceptional longevity.

For Indians, the mystique of olive oils is akin to the confusing aura of wines. Plain olive oil, virgin olive oil, and extra virgin olive oil are in ascending order the most preferred cooking medium if one can afford to purchase the imports. By now, olive oil exporters have got their act together and are brandishing peer group reviewed journals to prove the point that olive oil, if handled properly, is very well suited for Indian cooking, including shallow and deep frying. It is also argued that heating olive oil doesn’t destroy its healthy properties.

The problem is that those of love their pakodas and samosas, korma and kofta are not pouring over specialized scientific journals, and the minority who does, is apprehensive about the sponsorship of such research.

There was a time when oilmen in India enjoyed a prestigious position in society. They had organized themselves in powerful guilds and generously endowed temples and philanthropic works. Inscriptions dating back to the Gupta period testify to this. Amir Khusro, the renaissance man of medieval India penned an evocative verse celebrating mustard and sesame has been with us since the Vedic period. Can swadeshi oils survive the 21st century oil wars? (ANI)