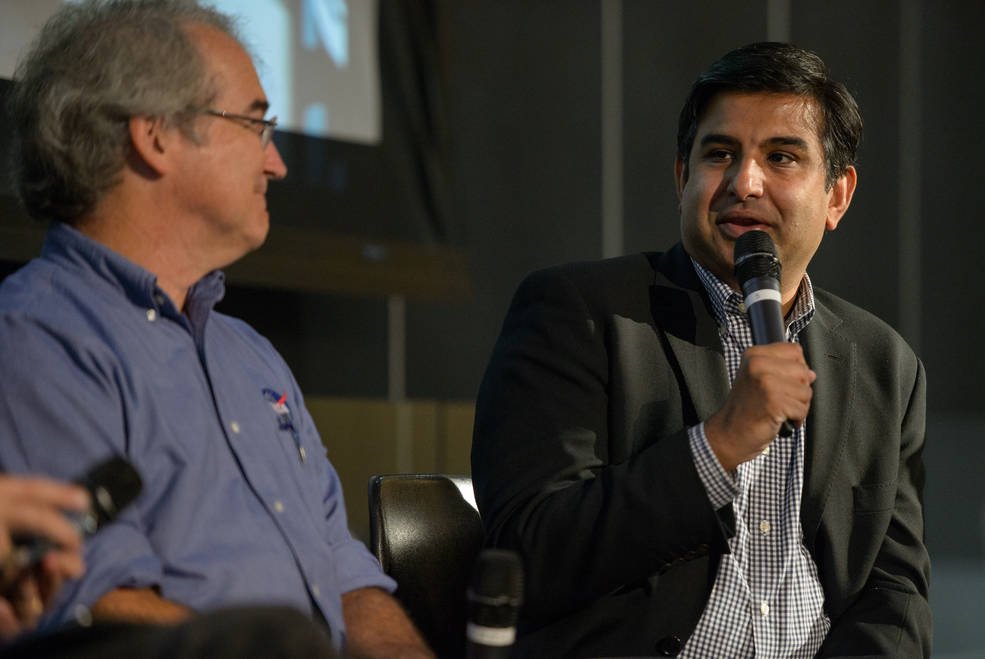 File photo of Aditya Sood, film Producer for ‘The Martian,’ when he moderated a panel discussion about NASA’s journey to Mars.  (photo:NASA/Joel Kowsky)

LOS ANGELES, CA – Indian American producer, Aditya Sood who has backed super-hit Hollywood films like ‘Deadpool’, and ‘The Martian’ has been invited to the 2022 Class by the Academy of Motion Picture Arts and Sciences which hosts the Oscars.

He is among 397 distinguished artists and executives who have been given invites.

Sood’s filmograhphy includes ‘Murder on the Orient Express’ and ‘Deadpool 2.’ He was also the executive Producer on CW’s ‘Designated Survivor.’

A graduate of Pomona College, Sood has worked across the industry, interning at New Line Cinema and Dreamworks Pictures and then going on to work at Warner Bros.

His LinkedIn profile proudly states that he was Regional Director for the 2008 Obama campaign where he, “Ran a team of 30 people who recruited over 3,500 volunteers in the Los Angeles area for phone banks and out of state canvassing trips. Organized phonebanks that made over 250,000 “get out the vote” calls to key battleground states across the country during the primary and general election.”